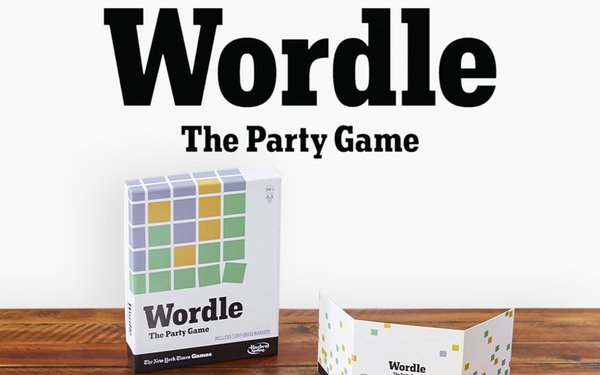 Hasbro is on a roll. The Monopoly kingpin says pre-orders of its new Wordle game are off to a record start. It’s getting plenty of buzz at Comic-Con for its new Selfie Series, which allows people to upload a photo to create an action figure in their likeness. And with a strong performance in its "Magic" franchise, the company's latest profits beat analyst expectations.

The Pawtucket, Rhode Island company says revenues rose 1% to $1.34 billion in the second quarter, slightly below Wall Street forecasts. But adjusted net earnings for the period jumped 10% to $160.6 million, better than anticipated.

Hasbro's fantasy gaming division was a star performer, and Wizards of the Coast turned in its most successful quarter ever. The company says it was led by a gain of 15% in tabletop and an 11% jump in Magic: The Gathering across all its platforms.

In a conference call outlining the results for investors, Hasbro CEO Chris Cocks says Wordle: The Party Game, created in partnership with The New York Times, “is off to a record start in pre-orders.” The game is expected to be available in October.

Hasbro’s new Selfie Series is also getting plenty of buzz. The offer uses 3D printing technology to allow anyone to upload a selfie and have their likeness turned into a six-inch action figure, drawing from franchises like “Ghostbusters,” “Star Wars”, Marvel, G.I. Joe and Power Rangers.

U.S. fans can use the Hasbro Pulse app to scan their face, pay $60 and wait -- deliveries aren’t scheduled to begin this fall.

The company is also using Comic-Con to debut its first-ever toy line from Dungeons & Dragons, inspired by “Dungeons & Dragons: Honor Among Thieves,” a film scheduled for a theatrical release next spring.\