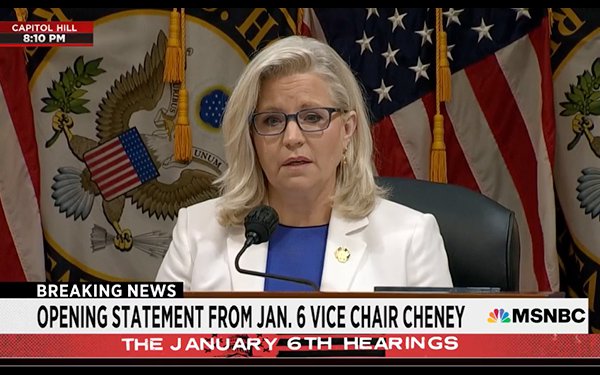 The Thursday night event had the highest ratings since the initial hearing on June 9 -- also airing in prime-time -- which pulled in 20 million viewers from 11 networks.

The bulk of viewership for the most recent hearing came from five networks. MSNBC posted the best result, with 4.88 million, followed by ABC with 3.98 million, CNN at 3.18 million, NBC with 2.69 million and CBS at 2.68 million.

These networks posted a collective 17.4 million Nielsen-measured viewers for a presentation running nearly three hours in the 8 p.m. to 11 p.m. prime-time period --  in addition to pre- and post-hearing analysis on many networks.

CNBC, CNNe, Fox Business Network, NBCLX and NewsNation were the other networks that made up the remaining viewing audience.