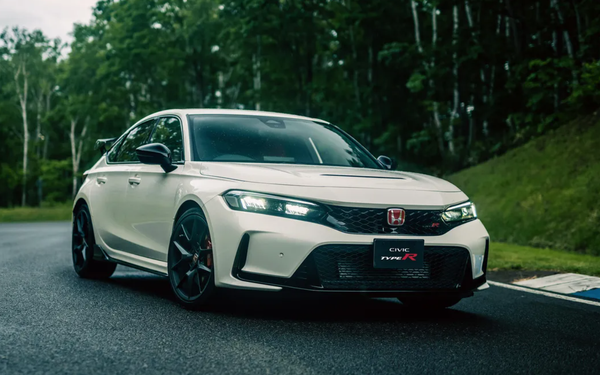 This story first ran in a previous edition.

It’s been half a century since Honda rolled out the Civic.

The model is the longest-running automotive nameplate in Honda’s storied history, launched in Japan in 1972 and a year later in the United States.

Since its March 1973 debut, the Civic has sold more than 12.3 million units, making it America’s third best-selling car.

Civic is the No. 1 vehicle among Millennial buyers since 2011 and has captured the most Gen Z, first-time, and multicultural buyers in the industry for the past six years, according to the automaker.

Honda fans can take a “Ride Through History,” starting with car influencer, Omar Rana, as he highlights Civic’s 50-year history in 50 seconds.

The campaign culminates with a video series showcasing five decades of Civic, through five distinct chapters -- from Civic’s debut in the 1970s, to the current Civic lineup, narrated by John Cena, the voice of the Honda brand. Fans can follow along on YouTube.

While well known for its fuel economy and good value, several models of the vehicle have helped earn it the nickname “hot hatch,” namely the Civic Si (first introduced in 1986) and Civic Type R.

While there have been six iterations of the vehicle in Japan, only the second Type R version for the U.S. was unveiled last week in Los Angeles.

The automaker enlisted NTT IndyCar Series driver Colton Herta for the reveal in a nod to the hot hatch's performance capabilities and “addictive driving experience.”

Compared to the 2017 Civic Type R, the 2023 version is toned down and “clearly a lot more grown up,” says Ed Kim, a veteran automotive industry expert with over 20 years at AutoPacific. “It’s something that a 50-year-old wouldn’t be embarrassed to drive,” he says.

Still, it will be the fastest and most powerful Honda-branded production vehicle ever offered in the U.S., according to the company.

Pricing and performance information will be announced closer to the vehicle's fall launch, according to the automaker.

Only available in a 6-speed manual, the vehicle will appeal to driving enthusiasts and while it will not be sold in huge numbers, it will be a “halo” vehicle for the other versions of the nameplate, says Dan Calhoun, Honda Civic product manager.

Less expensive versions of the Civic are attainable for young, entry-level buyers, which is where the Honda Civic Tour comes into play.

It includes a seven-city U.S. tour complemented by TikTok content, headlined by the new pop group The Future X.

The Tour kicks off this week in Los Angeles and will run through October, where the finale takes place on the Honda Stage at the Austin City Limits music festival.

To expand the tour’s reach, The Honda Civic Tour will be heavily featured on TikTok, which will follow The Future X’s journey across America along with appearances by TikTok stars and other special guests.

Free tickets to attend the band's first U.S. tour since performing to huge audiences in South America and Europe earlier this year will be made available at: www.thefuturex.com/hondacivictour. Fans who visit the site can register for an invitation to attend the Honda Civic Tour.

The group will continue the popular Honda Civic Tour tradition of custom-designing a Honda vehicle, with The Future X customized 2023 Civic Type R revealed at the Los Angeles Civic Tour stop. Along with the 2023 Honda Civic Tour custom Type R, fans also can check out the all-new 2023 HR-V throughout the Honda Civic Tour.

“We want to give music fans a new way to connect with artists while also exposing young and first-time buyers to the Honda vehicles that best fit their lifestyles,” she says.