Rats And Snakes Get Ferreted Out On TV Reality-Competition Shows 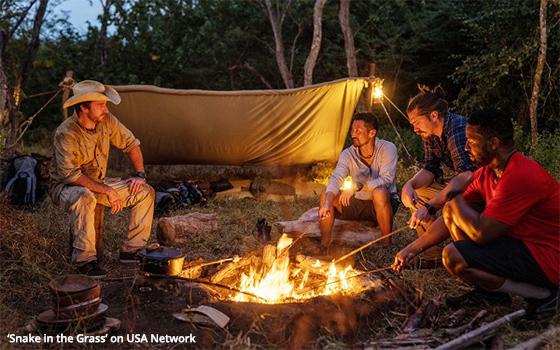 TV is going from rats in the kitchen to snakes in the grass.

What’s next -- “Cockroach Fixer-Upper” on HGTV?

Come to think of it, if memory serves, roaches and other household pests were spotted occasionally on “Flip Or Flop” in some of the more disastrous homes Tarek and Christina renovated and flipped on that show.

The rats in “Rat In the Kitchen,” a cooking competition on TBS, and the snakes in “Snake In the Grass,” coming to USA Network on Monday, are not real rodents and reptiles.

Instead, they are human turncoats, traitors, liars and deceivers. In both shows, the idea is to spot the saboteur who is masquerading as a loyal teammate while secretly undermining the team’s efforts.

In fact, at least 10 of the contestants who will be seen on “Snake In the Grass” -- out of a total of 32 -- have been on TV competition shows before, including “Survivor,” “Big Brother” and “Naked and Afraid.”

A cursory look at the premiere episode of “Snake In the Grass” reveals it to be so similar to “Survivor” in the way it looks and feels that it’s a wonder the producers of “Survivor” have not sued.

While the contestants are trying to figure out which of them is the traitor, it is worth pointing out that deviousness has been a recurring theme on shows such as this one literally since the first season of “Survivor” in the spring and summer of 2000.

On “Survivor,” the connivers did their conniving out in the open. On “Snake In the Grass,” it’s the same thing -- only in secret, supposedly.

With its similarities to “Survivor” and other such shows, “Snake In the Grass” helps to prove the old and sturdy adage that there is very little that is new under the TV sun.

Long before “Snake In the Grass” and “Rat in the Kitchen,” there was “The Mole,” a competition show on ABC whose rules were so complicated that no one could understand them. Also difficult to understand: It was hosted by Anderson Cooper.

Fun fact: While the mole in the title of that show was a reference to a clandestine spy or saboteur, a real mole is, in fact, a rodent.

What’s next -- “Mouse in the House” on Animal Planet?

“Snake In the Grass” premieres Monday (August 1) at 11 p.m. Eastern on USA Network.