'Happy Birthday' Serenade, From One Robot To Another 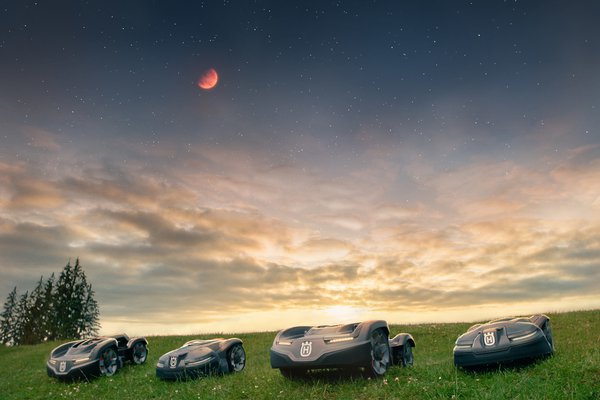 With Aug. 5, marking the 10th anniversary of the Curiosity Rover’s landing on Mars, robotic lawn mower company Husqvarna says it’s enabling 100,000 of its Automowers worldwide -- including more than 1,250 in the U.S. -- to sing “Happy Birthday” to Curiosity at noon, 3 p.m. and 6 p.m. local times.

According to the Swedish-based firm, this “choir” of robots will be singing to the “loneliest robot in the universe.”

Why is Curiosity so lonely? The company says it’s because, after celebrating its first birthday sadly singing “Happy Birthday” to itself, it spent the next eight years with no birthday celebration at all in order to save its battery life.

In truth, the Husqvarna robots won’t sing per se, but neither did Curiosity on its first birthday. Instead, the Automowers will play “Happy Birthday” instrumentally via technology that's based on the product’s existing alarm signal and enabled through the IFTTT integration platform.

"This is a way to pay homage to the great engineering work of NASA, and that of our extensive team of robotic experts, by letting our robotic mowers celebrate a fellow robot…nobody should have to sing ‘Happy Birthday’ to themselves, right?" stated Björn Mannefred , Husqvarna’s robotics software manager.

The company has posted a video promoting the Aug. 5event that was created by Sweden’s Prime Weber Shandwick and produced by Sweden’s Diktator.

Husqvarna says that owners of three of its models -- the 405X, 415X or 435AWD -- will be notified about a firmware update via its app, can then download it, and are invited to share videos of their singing mowers with the tags  #HappyBirthdayCuriosityRover and #Automower.

And if you’re a little sad that Curiosity itself won’t be able to hear Husqvarna’s “Happy Birthday” chorus, take heart: Husqvarna wants to serenade birthday-celebrating humans too.

Come September, Automower owners will be able to have the “Happy Birthday” song available permanently on their machines. Just imagine the surprise at the next lawn birthday party when the host’s lawn mower starts serenading the guest of honor!