Vella Tells Women To 'Stop Faking It' In New Campaign 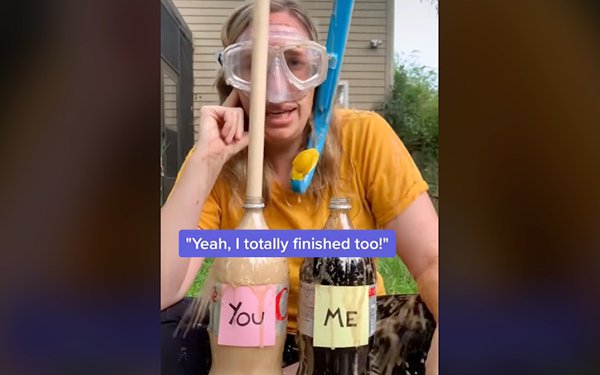 Here’s a factoid that will stop and make you think for a minute: over 67% of heterosexual women admit to sometimes faking organisms, according to women’s sexual wellness company Vella.

With that in mind, and with National Orgasm Day just around corner (July 31) the company is launching a campaign to encourage women to prioritize their sexual health and “Stop Faking It.”

The initiative will run through July on TikTok and Instagram leading up to National Orgasm day.

Throughout the month of July, Vella has been raising awareness of all the things women may not be honest about, including orgasms, but other pleasures, habits and activities as well. Participating women and influencers are posting their ‘faking it’ stories – in bed and beyond – on TikTok in videos with the Britney Spears ‘Oops I did it again,’ music and lyrics transposed to ‘oops I faked it again.’

According to the company the initiative brings to light the many instances in which women, while trying to please a partner, might ‘fake it,’ be it by telling a partner they are the "biggest" they’ve ever had, or that they enjoy activities like fishing or even by eating meager portions of food.

Created in partnership with digital media agency Acadia, the campaign includes a sweepstakes rewarding winners with free samples of Vella Pleasure Serum, which the brand claims is a first-of-its-kind pre-play topical serum to promote more frequent, intense and satisfying orgasms.

On Instagram, the brand will be posting confessionals from real women on things they fake, and also utilizing Instagram influencers such as Kelsey Darraugh, Jenna Ronan and Eli Rallo.

Paula Ersly, head of social media at Acadia, said, “This new initiative is part of a long-term program to establish Vella as the voice of women owning their sexuality. We are hoping initiatives like this will drive more engagement and followers who want to have more fulfilling sexual experiences.”