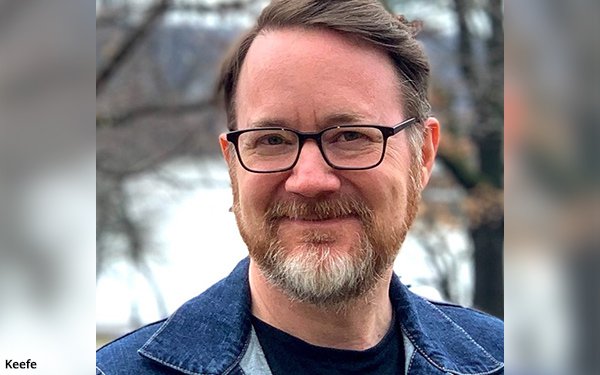 The New York Times, in a move to ramp up its coverage of extreme weather events, has named John Keefe as editor of weather data.

Keefe rejoins the paper from CNN, where he served as senior data and visuals editor. Previously, Keefe did a string in the Times graphics department in late 2020 and early 2021.

Assistant Managing Editor Matthew Ericson writes that Keefe “will lead a team to explore all kinds of weather phenomena — including hurricanes, severe storms, droughts, heat waves and the day-to-day weather that affects our lives — on a variety of platforms.”

Keefe’s team will build on “some of the projects that the graphics department has created like our wildfire maps, hurricane trackers and extreme heat forecasts,” Ericson adds.

The new team is focused on making the Times “a destination for extreme weather coverage,” Erickson continues. Other hires will be announced.

Keefe worked with the climate team at CNN, running a fleet of automated computer scripts that fed real-time maps.

At WNYC, Keefe established the data-driven news team, which grew out of his coverage of Hurricane Irene.

In his new post, Keefe will collaborate with other departments, especially graphics and national, to “explore new, always-on tracking features, and pursue sources of weather data for daily and ongoing coverage,” Erickson writes.

In a separate development pointing to the need for climate coverage, The Washington Post has named Shannon Osaka as climate reporter. Osaka's hire is part of a significant expansion of climate coverage at the Post, it says.

Osaka will write quick-turn analysis and explanatory features about climate and environmental news.

Previously, Osaka served at the nonprofit environmental journalism outlet Grist. Osaka is a two-time winner of the SEAL Award for Environmental Journalism.