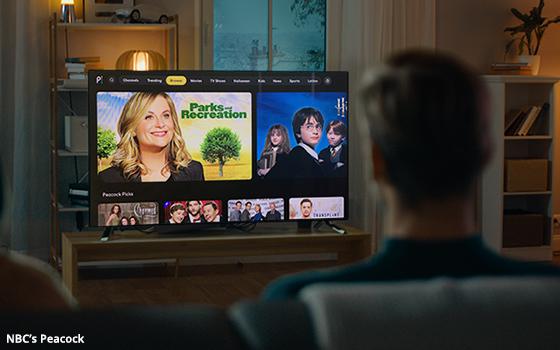 While returning movie theater and theme-park business posted strong returns for Comcast’s NBCUniversal in the second quarter, the media business only made modest revenue gains -- up 3.6% to $5.3 billion.

NBC says distribution revenues were higher -- up 8.4% in the period -- but advertising revenue dropped 1.3% due to a decline in ratings, as well as a higher number of sporting events in the prior-year period.

In a call with analysts, Jeff Shell, chief executive officer of NBCUniversal, said the ad market "continues to be choppy, down year to year in the scatter market." At the same time he says the upfront market, "was way better than expected." He added overall there is "not a broad decline or increase". It depends on the specific ad segment.

In the previous first quarter, NBCU benefited from high advertising revenue with special sporting events -- 2022 Beijing Olympics, where it pulled in $963 million of revenue; and the Super Bowl, $519 million of revenue.

In the first six months of the year, NBCUniversal saw revenue grow by 19% to $12.2 billion.

NBCU says its Peacock streaming service posted no gains in subscribers, which now total 13 million. However, there were major gains in the previous first-quarter business -- with an additional 4 million.

While the streamer witnessed higher revenue from distribution fees, it continued to post a loss with a negative cash flow of $467 million (up from $363 in the prior-year period) due to continued programming expenses.

Comcast says it is on pace to see a loss of $2.5 billion this year for the service.

The company witnessed a decline in subscribers at its linear TV networks. It did not elaborate.

Overall studio revenue was up 33% to $2.97 billion, while re-opened theme parks saw growth in attendance, soaring 65% higher in revenue to $1.8 billion.

Comcast Corp.'s eye-opening news was a dramatic slowdown in its broadband business -- posting flat results, now at a total of 32.2 million subscribers. Revenues continued to grow, up 7.4% to $12.2 billion.

All this has occurred Comcast continues to lose video customers -- down 521,000 video customers in the quarter and 1.03 million overall first six months of 2022. Comcast video customers now stand at 17.1 million. Revenues ticked downward by 2% to $10.96 billion.