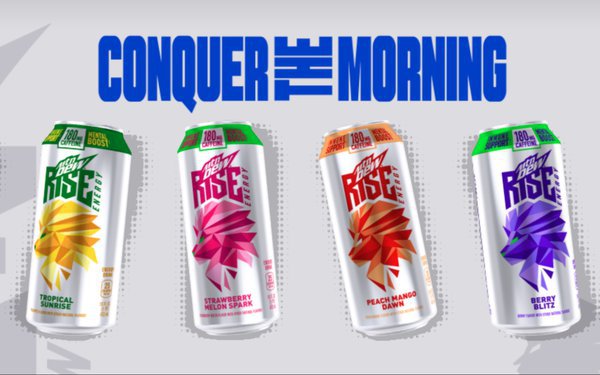 PepsiCo Inc. has won the latest round in its long-running, trademark infringement litigation with Rise Brewing Co. over the use of the name Mtn Dew RISE Energy.

An injunction against PepsiCo issued last fall was overturned on July 22 by a three-judge panel after the company cited more than 100 uses of the term “Rise” on coffee, tea, bottled beverages, energy drinks, soft drinks and other consumables.

It marked a complete turnaround from PepsiCo’s inability to convince the U.S. District Court for the Southern District of New York that it had not erred in launching Mtn Dew RISE in March of 2021.

Founded in 2014, Rise Brewing had attended multiple meetings with PepsiCo’s innovation team on a possible collaboration, but nothing emerged between the two companies.

When Rise Brewing learned that PepsiCo planned to launch Mtn Dew RISE Energy, it asked PepsiCo to cease and desist -- and then sued.

“We disagree and find that the district court erred in its evaluation of what is often the most important factor—the strength of Plaintiff’s mark—as well as in its finding of similarity in the appearance of the products,” the three-judge panel concluded.

Citing previous rulings in various industries, the judges’ 24-page decision examines in depth the legal meaning of trademarks “inherent distinctiveness” and what constitutes “rising” in the morning.

“Because the word “Rise” is so tightly linked with the perceived virtues of coffee, the mark is inherently weak and commands a narrow scope of protection,” the judges wrote

“If there was room for Plaintiffs’ use of ‘Rise’ in the already crowded coffee field there would also be room for the Defendant’s, especially on a product that is distinct from coffee.”

To the extent that PepsiCo’s use of the RISE name caused any likelihood of confusion, “this was because Plaintiff chose a weak mark in a crowded field.”

Marketing Daily reached out to PepsiCo and Rise Brewing for comment but had not heard back by deadline.