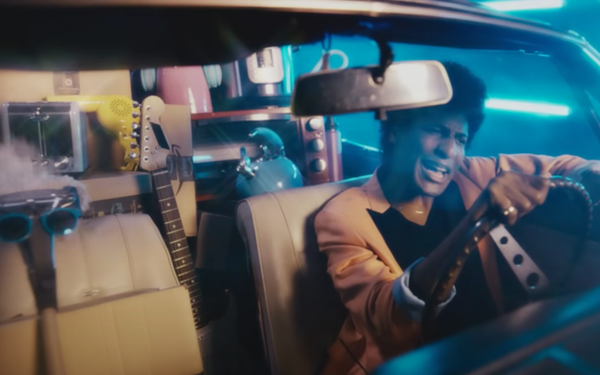 Given the storm clouds gathering over retail companies like Walmart, Target and Kohl’s, Amazon’s earnings come as a welcome surprise.

But revenue at its online retail business slipped 4% to $50.86 billion, the second consecutive quarter of declines.

The ecommerce giant also surprised observers with upbeat guidance for the third quarter. It predicts net sales will rise between $125 billion and $130 billion, representing a gain of between 13% and 17%.

Even as rising fuel, transportation and energy costs cut into performance, the company is seeing “revenue accelerate as we continue to make Prime even better for members, both investing in faster shipping speeds, and adding unique benefits,” says Andy Jassy, Amazon CEO, in the announcement.

Among the new perks he calls out: Free delivery from Grubhub for a year, exclusive access to NFL Thursday Night Football and the upcoming “The Lord of the Rings: The Rings of Power” series.

Many of Amazon's competitors aren’t so peppy. In recent weeks, such retailers as Walmart, Target and Kohl’s have trimmed financial forecasts, noting that consumers are suddenly cutting back on all discretionary purchases.

Many of those pullbacks have been masked by inflated prices. But a closer look at unit sales provides a more sobering view. An analysis from NPD Group from that week looked at all discretionary general merchandise sales, including what was sold on Amazon’s Prime Day and ecommerce events at other stores. (Prime Day results are not included in Amazon's second quarter.)

While those sales rose 14% on a dollar basis from last year, unit sales fell 1%.

“Consumers are clearly getting energized by promotions as they continue to spend,” says Marshal Cohen, chief retail industry advisor for NPD, in the report. “But elevated prices and the lack of promotional depth are hindering already low demand.”

Michael Pachter, who covers Amazon for Wedbush, thinks consumer caution will continue. “While rising inflation can benefit Amazon’s retail business by resulting in higher pricing and marketplace fees, we believe that the sheer magnitude of inflation in the second quarter directly led to lower consumer discretionary spending,” he writes in a note from earlier this week. “Our belief is supported by the University of Michigan’s Consumer Sentiment Index, which reported the lowest U.S. consumer sentiment in June since 1952.”