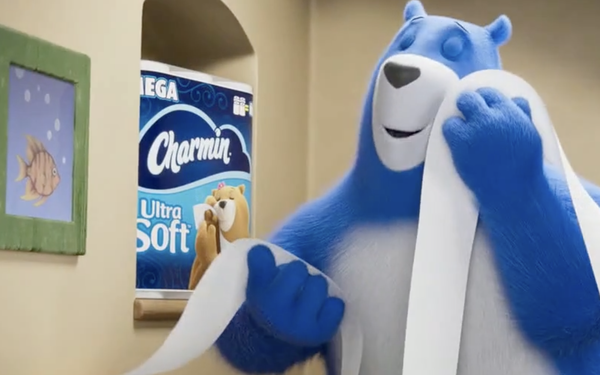 The United States Postal Service, Charmin and Samsung ran the most “likeable” commercials during the first half of 2022, according to the latest “TV Advertising Snapshot” report from iSpot.tv.

Johnny Cash delivered for USPS, whose “We Go Everywhere” spot featured that classic Johnny Cash song as it showed the journey a mail carrier takes on his rounds. Viewers “enjoyed the audio and thought the message portrayed USPS as a caring brand,” iSpot said.

Samsung came in third with its “Make Life Epic” commercial for the Galaxy S22 phone. But “despite impressive purchase intent,” the spot “only received a brand recognition score 4% above norm,” which iSpot called “bad news for the company hoping to take the top spot from Apple.”

The iSpot report also reveals ad impression data, with the three most impressive brands during the first half of 2022 all coming from the insurance industry: Liberty Mutual, Progressive and GEICO.

After insurance, the top advertiser categories in ad impressions were auto and QSR, the same order as a year earlier.

Liberty Mutual also had the most likeable insurance ad, but not one featuring LiMu Emu and Doug. Instead the honor fell to the brand’s “Knitting” spot, in which customized auto insurance is shown as akin to knitting a wardrobe. In an industry where humor in ads seems de rigueur, this commercial had a “strong emotional response,” iSpot said.

The fastest-growing brand categories included a few that had been negatively crushed by the pandemic, with travel impressions up 93% (including a 700% jump for cruise lines) and new movie releases up 64%. Also showing big gains: sports betting, up 81% as state-by-state legalization continued to grow, and, in perhaps a reflection of current economic conditions, a similar 81% jump in credit service impressions.

The most likeable commercials in other specific categories included:

Auto: Chevrolet Silverado’s “Walter in Winter.” The story of a man, his truck and a cat that acts like a dog hooked viewers in and kept them engaged, iSpot said. The result: more than 90% of survey respondents could identify the brand accurately.  In auto industry impressions, Chevy placed third, behind Toyota and Lexus.

Retail: Walmart’s “Feeling Squeezed.” The spot “nods to growing economic concerns and acknowledges families that may feel overwhelmed, offering them low prices so they can keep being creative. As a result, respondents found the ad to be wholesome and aimed at providing customer value.” Walmart was also the number one retail brand in ad impressions, followed by Target and Macy’s.

For its likeability scores, iSpot shows every ad to a unique set of 500 respondents who complete standardized surveys, generating 20,000 data points per ad for creative assessment.