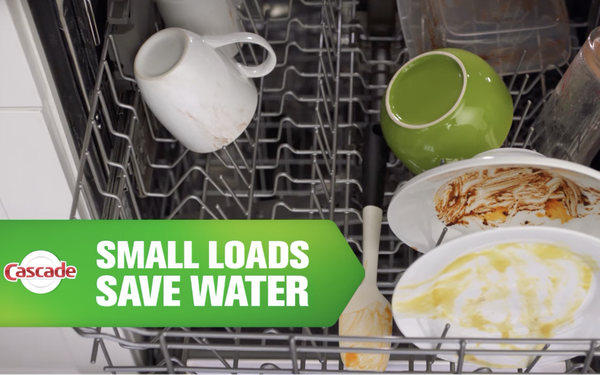 Procter & Gamble wants people of all ages to “do it every night.”

No, this has nothing to do with the bedroom—it happens in the kitchen.

According to P&G, a dishwasher should be used each night instead of washing kitchenware by hand in a sink because it actually uses less water.

In this spot for Cascade Platinum ActionPacs detergent pods, the latest iteration of a message the brand first broke in 2020, couples and a single woman declare that they “do it every night” before the voiceover cuts to the numbers.

The bottom line: Energy Star-certified dishwashers use less than four gallons per cycle “while a running sink uses that every two minutes.”

That means even small loads can save water.

According to data from the Energy Information Administration's 2020 Residential Energy Consumption Survey, 19% of dishwashers aren’t used in a given week.

Unilever says it’s an effort to “decarbonize the laundry process” while preventing tons of plastic from “entering the waste stream every year—the equivalent in weight to 500 double-decker buses.”

The rollout begins in Europe before expanding to other markets.

In other news, according to data from iSpot.tv, Downy and Tide cleansers had the highest category share of voice of all advertised CPG brands in the first half of this year.

The #1 “most likeable” CPG television ad, as measured by iSpot.tv’s Creative Assessment consumer survey, was a 29-second version of this spot for P&G’s Dawn Ultra Platinum EZ-Squeeze dishwashing liquid.

According to iSpot.tv, the brand had 726 million TV impressions and scored 10% above the norm for brand recognition and 15% higher for positive purchase intent.