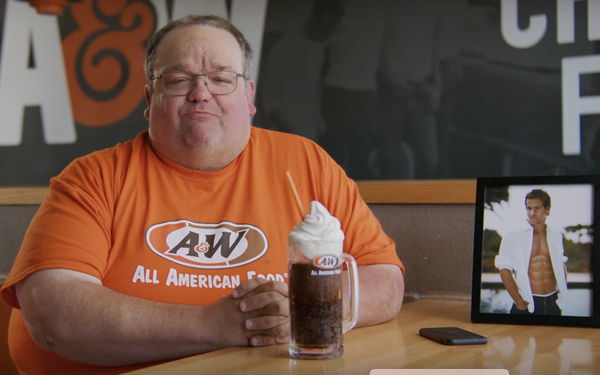 Ryan Reynolds is everywhere lately, even in this new ad for A&W Restaurants.

In this spot, Reynolds assumes the identity of the other Reynolds, introducing himself as a “mobile network mogul,” “cell phone company tycoon” and “People’s 2010 Sexiest Man Alive.” As he rattles off these achievements, Reynolds chides his alter ego: “Save some headlines for the rest of us, Deadpool!”

As Reynolds establishes his identity, he gets to the business of promoting National Root Beer Float Day, which means everyone who signed up for the company's Mug Club gets a free root beer float. No purchase necessary. He calls that the “minimum effort,” (a shot at Reynolds’ production company, Maximum Effort.)

National Root Beer Float Day is Aug. 6. And yes, it appears this ad is going out on the Internet.