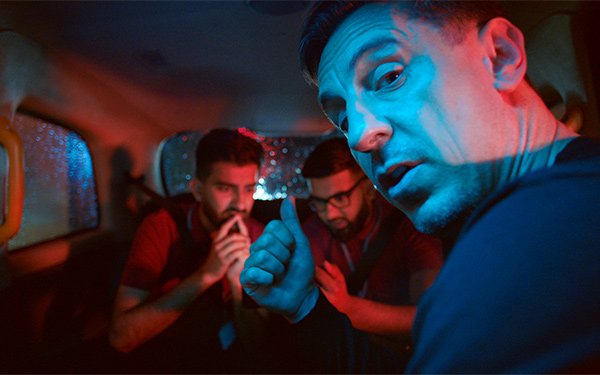 Soccer, or as it’s known in the U.K. football, is a big deal.

And to highlight that it’s best viewed live, verses YouTube or Twitter clips, the Brothers & Sisters agency launched the “Only Live Once” campaign.

The cross-platform campaign utilizes TV, OOH, radio, social media and in-store activation. The “Only Live Once” ads showcase the best moments in soccer in 10-, 30-, 40- and 60-second spots. Each ad ends with professional footballer Declan Rice, who plays for the Premiere League’s West Ham United, declaring the “It’s only live once” tagline.

The TV work, through Aug. 18 employs popular Sky Sports commentators, placing them in scenes that reinforce the excitement that live play delivers. Radio spots, airing till Sept. 8, reiterate the message with soaring music. Social media content runs through Sept. 8 and OOH efforts, which freeze-frame 20+ intense moments from last season across the Premier League, WSL, SPL and EFL, is up until Aug. 14.

Andy Fowler, executive creative director at Brothers and Sisters, said: “Just when you thought everything had been said in sports advertising, we’ve unlocked a completely new way of thinking about the experience of watching football live through this compelling idea of ‘once.’”

Separately, in March, Brothers & Sisters changed to a nonprofit status, channeling its future profits into charities and nonprofits.

The business claims it is the first agency to operate as a social enterprise. Clients, which include We Buy Any Car, Center Parcs and Yakult Europe, have been supportive of the move according to Fowler.