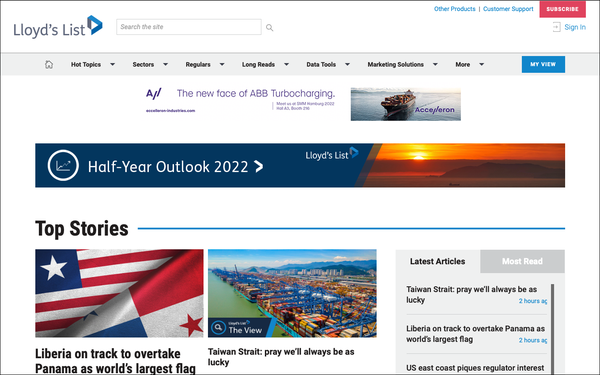 The purchase follows by a month the news of Informa’s acquisition of B2B content platform Industry Dive for $389 million. Informa said in its half-year financial update that this purchase, along those of analytics platform IIRIS and NetLine has expanded its B2B digital services offering.

Asked why it is selling Lloyd’s, Informa Chief Executive Stephen A. Carter stated that the firm has “generated $3 billion (£2.4 billion) in value, providing additional flexibility for shareholder returns, additional growth investment and further targeted expansion,” according to City A.M.

Lloyd’s List had its origin in 1734. It “infamously listed the insurance of  the doomed Titanic and her sister ship, the Olympic, on behalf of the White Star Line,” City A.M. writes.