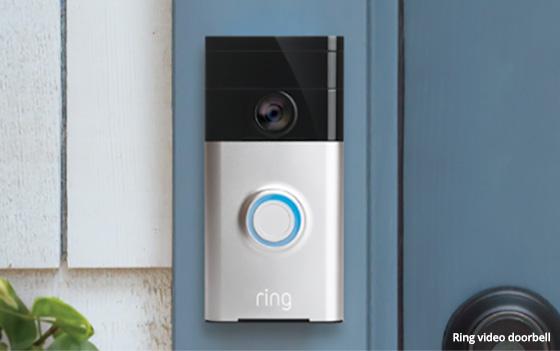 Amazon must face claims that it violated an Illinois biometric privacy law by allegedly compiling facial templates of visitors to homes with Ring video doorbells, a federal judge has ruled.

She alleged that the company “created, collected, and stored millions of 'face templates'” from Illinois residents, in violation of a state privacy law that requires companies to obtain written consent before collecting or storing scans of facial geometry that could be used to identify people.

Wise's complaint noted that Amazon in 2018 applied for a patent that would mesh facial recognition technology with Ring doorbells.

“Ring’s described facial recognition technology would also allow the program to scan anyone passing a home for photos of suspicious people uploaded by a homeowner and, upon a match, the person’s face could be automatically sent to law enforcement,” the complaint states, referring to Amazon's patent application.

Wise also alleged that Amazon allows Ring owners to share video footage with local police, and that Amazon sells its own facial recognition software, Rekognition, to police departments. (Amazon stopped selling that software in June of 2020.)

“While the camera owner decides whether to provide footage, other people whose faces are captured in that footage neither receive notice nor provide consent to such sharing,” the lawsuit alleges.

A company spokesperson said Friday that Ring doesn't have facial recognition technology in any of its products or services.

Amazon urged Coughenor to dismiss the lawsuit at an early stage, arguing that there is no way to know the identities of people whose images were captured by the smart cameras.

“Plaintiff still has no idea who her purported class members are and could never conceivably identify those class members,” the company wrote in a motion filed last year.

Amazon added that even if the allegations in the complaint were proven true, they wouldn't show that the company violated the Illinois law, given that the measure only covers facial templates that are used to identify individuals.

“Taking plaintiff’s allegations to be true, Ring has no way of identifying these unknown individuals,” the company wrote. “They are not Ring customers, and they have no relationship whatsoever with Ring.”

Coughenor rejected Amazon's request for a speedy dismissal, ruling that the allegations, if true, could support a finding that the company is able to identify people based on Ring's video footage.

He added that the complaint alleges that Ring “partners with law enforcement agencies to semi-automatically identify individuals based on face recognition.”

“These allegations, if true, establish a means through which certain individuals are readily known to Ring,” Coughenor wrote.