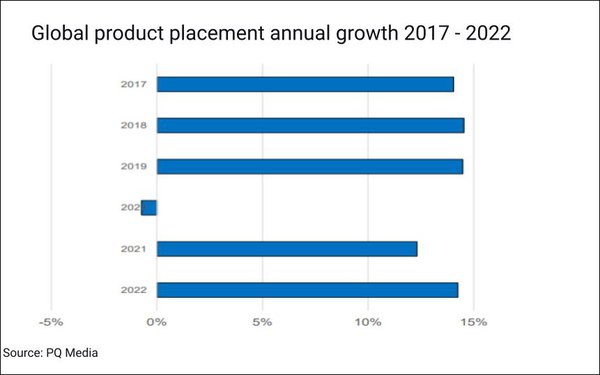 After its worst recorded decline during the pandemic’s first year in 2020, product placement is back with a vengeance. 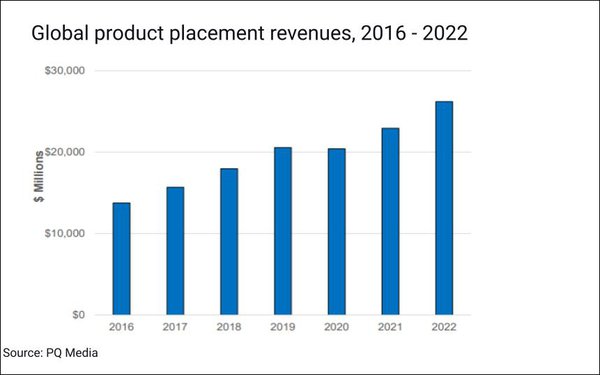 In the United States, which accounts for 56% of the global market, product placement also bounced back from an unprecedented decline in 2020, with a 13.2% increase in spending last year, to $12.84 billion. All six media platforms also saw double-digit gains in the U.S., led by digital media (18%), recorded music (15.8%) and television (15.7%).

This year, product placement spending is on pace to grow at an accelerated 14.3%, to $26.2 billion, globally — nearly doubling since 2016.

The U.S. is the main driver of the surge. The value of product placements in all U.S. media is projected to jump 15.1%, to $14.77 billion, this year. The increase reflects “the growing number and value of product placements targeting more mobile and diverse younger consumers” via streaming TV, films, digital media and recorded music channels, according to the report.

Television overall still dominates product placement, with 70% of global spending and a value of $16.06 billion in 2021. 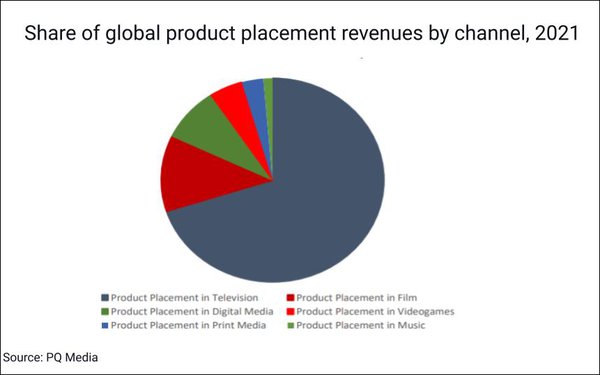 The boom in TV partly reflects the growth of original broadcast, cable and streaming TV programs, which have more than doubled since 2011, to 559 in 2022, according to PQ Media.

Hot streaming TV series are particular growth-drivers. The primo example is Netflix’s “Stranger Things,” which has included 140 product placements for brands and is estimated to have hauled in at least $25 million in product placement fees for the producers.

New seasons and final episodes of a “slew” of major streaming TV series that had been delayed during the peak of COVID-19 either debuted or ended in 2022 on leading streamers.

As the report notes, streaming series including Peacock’s popular “Love Island” have integrated QR codes on screen for buying integrated products, and Roku offered sponsorships and product placements in both scripted and reality shows during this year’s TV upfronts.

Films remain second in product placement revenue, with $2.77 billion in 2021. However, after a 14% plummet in 2020 as COVID shut down theaters and a struggle to ramp back up, films had the slowest growth rate (5.9%) last year.

Product placements in digital media grew the fastest in 2021: up 16.3% to $1.97 billion, due to online influencer, social media and virtual placement deals.

Music had the smallest product placement revenue in 2021 — $302 million — but was the second-fastest growth category (up 13.9%), as brands have ratcheted up product integrations in music videos and lyrics, according to the report. 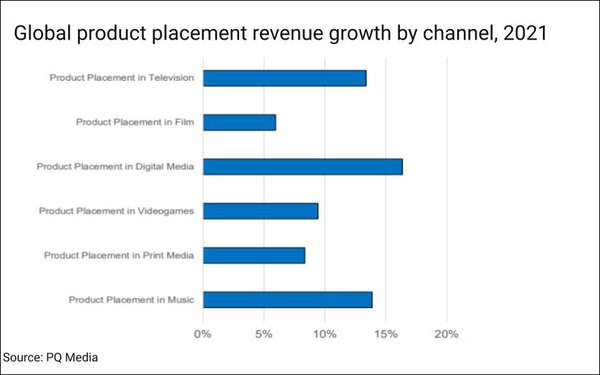