To Many News Consumers, TV News Has Lost Its Mind 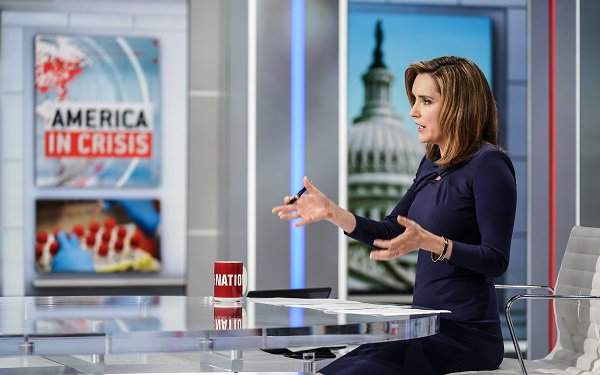 The evidence is only anecdotal, which might qualify as no evidence, but I keep hearing from friends and acquaintances that they are sick of our sensationalist TV news media.

Their complaints have been commonplace for years, but they are doing something about it by reducing their consumption of TV news or bailing on it altogether.

Their complaints are familiar: On the cable “news” channels, they are tired of the biased yelling, posturing and lecturing at the expense of real news -- i.e., facts.

On those channels and also the broadcast networks, they are tired of news anchors and commentators portraying the country they live in, and for that matter, the entire world as living continually in a state of crisis.

Where local TV news is concerned, the evening news shows (now starting as early as 4 p.m. in many markets) have taken the traditional “if it bleeds, it leads” philosophy to new, unprecedented heights.

I hear time and time again from people that they are not lasting five minutes when they turn on a local newscast at 11 p.m. and all they see are horrendous stories of violence. As a result, they are opting to kick the local news habit.

Add the news feeds that show up constantly on smartphones and the social-media free-for-all that explodes all day long over everything under the sun, and you have a recipe for stress, worry and high anxiety.

People are tired of feeling that way, and they are realizing now that the blame can be laid at the feet of our crisis-flogging news media.

Time and time again, I hear this from people: They just do not know where, or from whom, they can get news about our world today that they can rely on.

To many, TV news has lost its mind. And so they are opting out, even if some of them still have the desire to stay informed about our world and its current events.

For most of our lives, many of us have lived under the assumption that we need to "stay informed" or that we "need to know" what is going on in the world.

However, with our TV news media today doing little more than elevating every story to Code Red, the "need to know" is now taking a backseat to "need to not be anxious and frightened."

See the "America In Crisis" banner in the background of the above photo from a typical episode of "Face the Nation" on CBS?

The photo is from 2020, on a day that CBS News deemed a day of crisis. I wonder if it really was? When it comes to TV news, who can tell? On TV’s breathless newscasts and news channels, every day is Crisis Day in America.

And every story, no matter how mundane, is "Breaking News." Along with "News Alert," these words are the most over-used words in TV news today.

In fact, the constant overdoing it with these kinds of labels has been undermining the credibility and reliability of TV news for years.

It is not lost on anyone that TV news traffics in this kind of manufactured hysteria to lure the gullible and keep them tuned in. Today, more and more people are onto the scam.

cable tv, news, television
4 comments about "To Many News Consumers, TV News Has Lost Its Mind".
Check to receive email when comments are posted.
Read more comments >
Next story loading