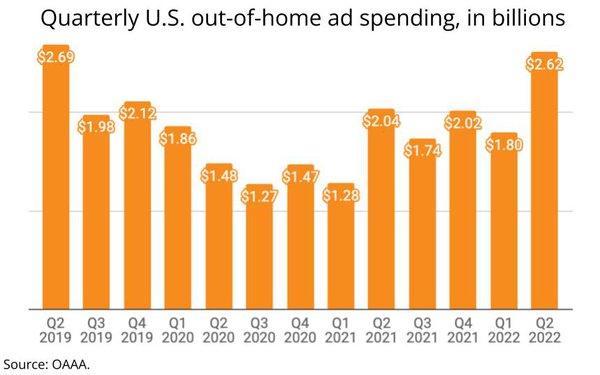 U.S. out-of-home ad spending totaled $2.62 billion in the second quarter, approaching the record $2.69 billion it set in the same quarter in 2019, and essentially recovering from the ad recession that began in the second quarter of 2020 caused by the COVID-19 pandemic, according to estimates released this morning by the Out-of-Home Advertising Association of America (OAAA).

"This is a watershed moment," OAAA CEO Anna Bager said in a statement, asserting "we are in a good position to continue this momentum, despite any economic headwinds.”