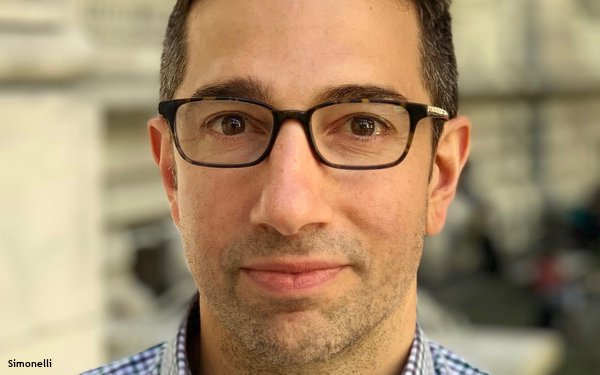 Marketing Daily recently spoke with Scott Simonelli, founder and CEO of audio research and analytics platform Veritonic, about such subjects as podcasts, audio strategies, and the “inevitable” arrival of ads on audiobook platforms. The following has been edited for space, continuity and clarity.

Scott Simonelli: Podcast advertising. It has probably doubled in the last year or so.

We’re seeing brands that traditionally only did radio or didn’t really take audio seriously, and new brands that didn’t exist more than a couple of years ago, like online mental health platform BetterHelp, a huge podcast advertiser that’s using audio in a way that other brands haven’t.

MD: Can you elaborate on BetterHelp?

Simonelli:  The biggest takeaway other brands can glean from BetterHelp’s audio strategy is that audio doesn’t have to be risky or an outlier medium. It can be tested for resonance both pre- and in-market, and seamlessly incorporated into marketing strategies as a powerful complement to other channels, including display and video.

MD: Can you name one of the older companies that’s getting into podcasts?

Simonelli: Pepsi, a large CPG, where maybe they only did terrestrial radio before.

MD: What’s the appeal of podcasts?

Simonelli: Podcasts are on-demand, so people are able to consume them with headphones or in the car. From an advertising perspective, it’s a rare opportunity, with relatively inexpensive creative, to get a real one-on-one relationship with the consumer.

So you have this powerful piece of content right in somebody’s ear. How often do you get to do that and, for the money, you’re getting a lot of bang for your buck.

And podcasts gives you the extra layer on top, since they’re highly targeted. It’s not just like listening to a radio station all day.

MD: A few years ago, live reads by hosts were a big part of podcasts. How much podcast advertising now is live reads vs. commercials prepared in advance?

Simonelli: With live reads, whether it’s someone controversial like Joe Rogan or someone like Dr. Laura, whomever, people have a real personal relationship with the [host], so there’s a lot there.

But a live read doesn’t scale terribly well. If Marc Maron does a live read or whomever, there’s only so many of those. They’re at a premium.

The percentage of live reads used to be a big part of the puzzle, but now [there’s] programmatic advertising and these other formats like host-read and dynamic ads.

[With them] you can achieve the same level of purchase intent and emotional response.

MD: How good are companies getting at creating audio ads?

Simonelli: The good news is, it’s gotten better. It used to be, you would hear the soundtrack of a TV ad on terrestrial radio.

That was a best tactic of ours: “Don’t cut and paste your TV” sound.

People have gotten a little more sophisticated in audio strategy over the last few years.

Clients are saying, “Okay I want to run this campaign, I want to hit this audience and I want to do it across local sports radio stations in Denver and these three podcasts. I need to run the right creative to the right people at the right time and I want to track what happens.”

That is a big part of what we’re working on. It’s not there yet, but we can do it.

MD: How do audio logos or sonic branding in video ads play into this? Are they connected at all to audio ads?

Some brands have been doing this. The insurance industry -- Nationwide, Farmers, State Farm -- is really good at audio, and they’re competitive about it.

MD: Will there be any new types of audio in the mix?

Simonelli: Spotify bought an audiobook creation platform a couple of weeks ago, and that’s the next thing they’re going to be doing. And Audible’s been around for, 30 years and it will evolve.

Advertising is currently more important for Spotify. They were really hooked on subscriptions before.

We’ve seen Netflix do it. Ad-supported versions of these services are inevitable. There’s such high consumption that you can’t ignore it

Look at Pushkin Industries, Malcolm Gladwell's company, a living breathing example of what I think is the future of what audio book content looks like. His books now are audio-first. The print copy is secondary, and there’s a subscription service as well and an ad-supported distributed version of all the books. His “Talking to Strangers” book has obviously done that well.