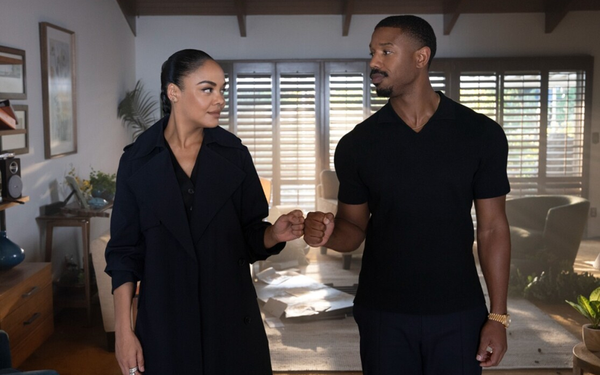 Amazon and the National Cybersecurity Alliance sent a message to millions of consumers through a cybersecurity awareness campaign that launched Monday. Operating in the cloud can generate more hacks and spam -- not only for businesses that advertise online or through connected television and other devices, but consumers, too.

The public service announcement (PSA) campaign, Protect & Connect, stars Prime Video actor Michael B. Jordan and actress-producer Tessa Thompson as internet bodyguards. The message of the campaign is that each consumer has the power to protect themselves with a little education.

The campaign features a microsite -- protectconnect.com -- where consumers can find videos to learn more about multifactor authentication (MFA), which is mentioned in the PSA, and how to identify and avoid phishing attempts. The site offers interactive content to test consumers’ knowledge on best practices for staying safe online.

Ninety-five percent of cyberattacks are caused by human error, according to a study by IBM published in 2021. The FBI estimates a loss of $6.9 billion in 2021, based on cyberattacks.

In Amazon’s campaign, the multifactor authentication wizard Paul, in the MFA PSA, acts as a visual metaphor for a password-protection app that Amazon wants consumers to begin using for everything.

“To pass through to your bank account, you must pass my test,” he says to Doug, the internet user, in the video. “One, what was the middle name of your college roommate?”

Paul asks Doug another question, and when he fails to provide the correct answer, tells him the safest way to authenticate his identify is through a one-time password in an authentication app.

When Doug gets the authentication code correctly sent to his app, Paul provides his access to his bank account.

In the phishing video, Jeannie, the “internet bodyguard,” asks the consumer at his computer, “do we think your bank would ask for a password in an email?”

“I am your internet bodyguard, and it’s my job to protect you by teaching you how to recognize the different kinds of internet scams and hacks out there,” she says, adding that the consumer needs to pay attention to nuances in the email such as the spelling in the subject line and the sender’s email address.

If the email includes an invoice for a service that the consumer never bought or asked to receive, the recipient should not download it, provide any information, or pay it. Consumers need to be particularly cautious about emails that express urgent demands.

Steve Schmidt, Amazon’s chief security officer, believes that giving people the knowledge and tools to operate safely online can help them protect their own personal information while combatting all types of cyberthreats.