Wrangler Takes A 'Ride' On Its 75th Anniversary 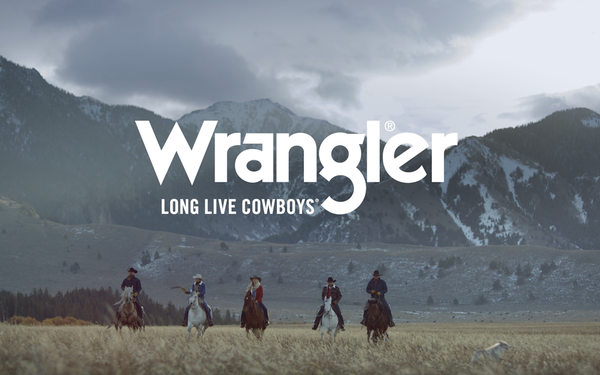 Wrangler has been a staple of American jeans for 75 years. And to celebrate that milestone anniversary and its salute to Western wear, the company is debuting “What A Ride,” a new campaign.

Two by Four, an agency partner for the brand since 1999, is handling the creative, which celebrates the West by featuring names that personify its ethos, including country music legend George Strait, famed rodeo announcer Bob Tallmand and saddle bronc riding champ Stetson Wright.

Adam Von Ohlen, Chief Creative Officer, Two by Four, said: “This campaign celebrates the Wrangler heritage with a salute to both the legacy and the modern West.”

In April, Wrangler and Fender, the guitar makers, teamed for a campaign to celebrate 75 years of cultural influence. The campaign also dovetailed with new clothing. Both entities employ marketing to ground blue jeans and electric guitars as part of the Americana cultural canon.

The first Wrangler jeans were made in 1947 — as a tribute to the pioneer tradition. Each item carries a one-year warranty. Wrangler apparel – women, mens and kids jeans and jackets — are sold at Western apparel retailers, sporting-goods stores, select department stores, such as Macys, and discount retailers, such as Walmart.

Two by Four clients include NCAA, Getty, Amgen and Duke.