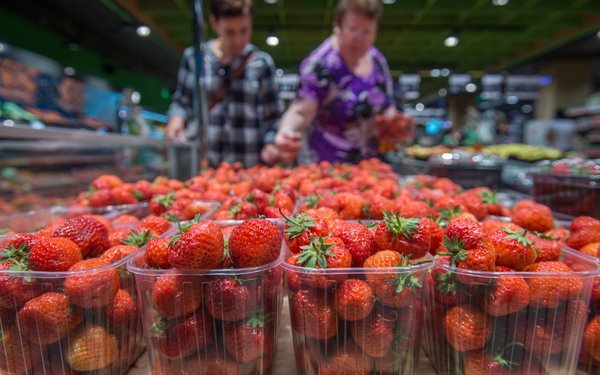 The majority of the FDA’s 20 investigations through Aug. 17 have involved the bacteria E. coli, Salmonella and listeria, while one—related to fresh organic strawberries—dealt with Hepatitis A.

Among the more prominent brands among product recalls are Abbott Laboratories’ Similac, Alimentum and EleCare infant formulas, which tracked consumer complaints regarding cronobacter sakazakii. The company describes  this as a “common environmental bacteria.”

On Aug. 10, Lyons Magnus expanded the recall to include such brands as Uproot, Organic Valley, Sated, Rejuvenate and Optimum Nutrition.

The J.M. Smucker Co. says its second-quarter recall of Jif peanut butter products sold in the United States and Canada will continue to impact the company’s financials for the remainder of 2022.

In May, Smucker recalled 49 variations of Jif in this country and 11 in Canada “due to potential Salmonella contamination.”

In the quarter ended July 31, Smucker reported that U.S. retail net sales decreased 29%, “including a 32% unfavorable impact related to the Jif recall.”

Earlier this month, The Kraft Heinz Co. issued a voluntary recall of 5,760 cases of Capri Sun Wild Cherry juice drink after “diluted cleaning solution, which is used on food processing equipment, was inadvertently introduced” into a production line at one of its factories.

The issue was discovered “after we received several consumer complaints about the taste of the affected product,” Kraft Heinz said in a statement.

“As regulators return to more normal operations and break free from the restrictions that the pandemic put on inspection, we can expect to see the trend of more recalls and impacted units continue,” global risk specialist Sedgwick noted in its latest Recall Index report.

Companies that have been operating with smaller staffs or “had to change their production lines or supplies during the pandemic will be wise to audit their internal processes before inspectors come calling.”