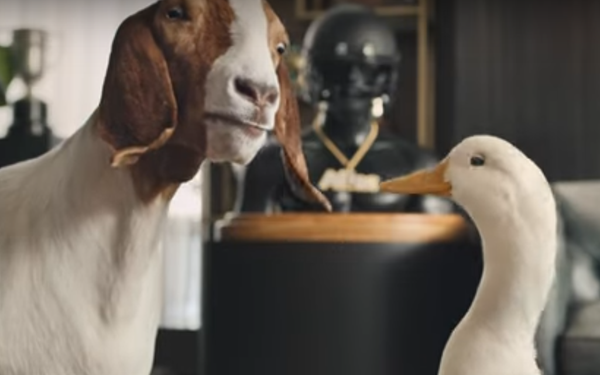 Aflac ads have a new character, the “Gap Goat,” which makes its debut in the company’s latest ad.

In the ad, via Dagger, the University of Alabama’s head coach, Nick Saban, is playing chess with the Aflac duck when the Gap Goat appears. “Is that a goat?” Saban asks. “You talkin’ about me?” asks Deion Sanders, who is used to being called the “Greatest of All-Time.”

“I think this goat is saying ‘gap,’” Saban says.

Saban explains that Aflac pays money to close the gap between what a patient is charged and what they eventually wind up paying.

After that, the duck takes a chain off a dummy with a football helmet, and the duck chases the goat.