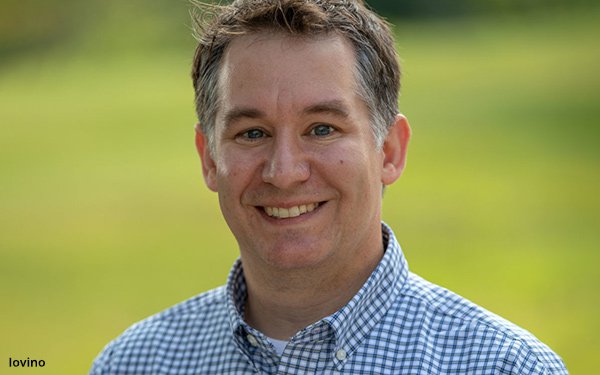 The multiyear project is designed to transition experienced journalists with print news backgrounds into video-driven news.

Previously, Iovino was visiting assistant professor of media innovation at West Virginia University. There he developed and directed the NewStart Newspaper Ownership Initiative, a program focused on recruiting, training and supporting the next generation of community newspaper owners and publishers across the country.

Prior to that, Iovino was deputy managing editor of the Pittsburgh Post-Gazette, which in 2019 was awarded the Pulitzer Prize in Breaking News Reporting for its Tree of Life massacre coverage. Iovino managed all digital editorial initiatives while at the Post-Gazette.

Iovino has also served as senior news editor of operations for NBC-owned stations’ digital properties, as digital managing editor for the NBC station in Washington, D.C., and as a digital editor for TV stations in Columbus, Ohio, and Pittsburgh.

“With his diverse journalism industry knowledge and experience in education, Jim quickly emerged as an exceptional person to steer this important initiative for our company,” states Adam Symson, Scripps president and CEO.

In May, Symson said that as “a result of Google’s financial support, this program will help us retain talented print journalists in the industry by redeploying their skills and experiences into television and video news, benefiting Scripps audiences and communities across the nation.”