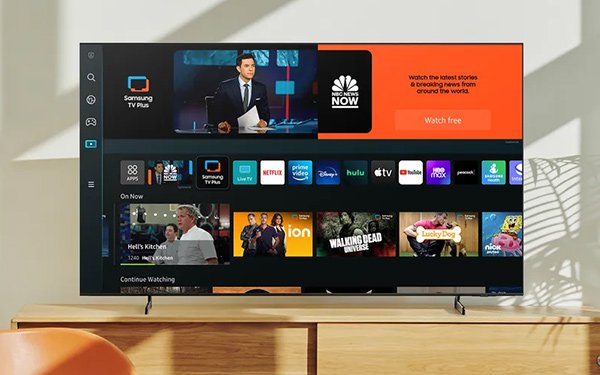 Samsung, a major manufacturer of smart TV devices, says Samsung TV Plus, which started up in 2015, has expanded to over 220 channels in the U.S. -- with over 1,600 channels globally, and more than 50 owned-and-operated channels for news, sports, entertainment and other genres.

Samsung TV Plus is available free and integrated on all 2016-2022 Samsung Smart TVs and Galaxy devices -- and now is expanding to Family Hub refrigerators (2.0 models 2017 and later), initially in the U.S. and South Korea.

This fall, Samsung TV Plus will start up "Ride or Drive," an first automotive-focused channel that will launch offering expanded auto content.

The rebrand of the service -- complete with a new on-screen look -- was headed up by U.K.-based creative brand agency Dixon Baxi, and will be rolled out globally across Samsung Smart TVs, mobile apps, and the web.

Samsung TV Plus reaches 24 countries and more than 465 million devices globally. Samsung is estimated to have a leading 28% share of all U.S. smart TV sets sold in the U.S., with projections of an existing smart TV base of more than 45 million.