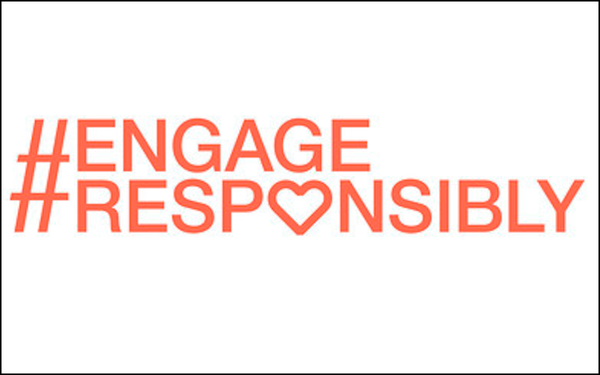 In what may be its first campaign ever targeting consumers directly, the Association of National Advertisers (ANA) this morning announced a new public education campaign combating online hate speech.

The effort, which is an expansion of the #EngageResponsibly social media effort the ANA launched with the Global Alliance for Responsible Media (GARM) last year,  will partner with the U.S. Better Business Bureau to launch a new website by year-end housing an educational program leveraging "the collective power of big brands, platforms, NGOs, the ANA’s Alliance for Inclusive and Multicultural Marketing, the Brand Safety Institute, and Ogilvy to empower and engage small to midsize businesses (SMBs) and consumers to drastically reduce online hate speech."

“Businesses have an influential role to play in combating hate speech and fostering an online environment where consumers feel safe to engage," says Ann Mukherjee, Chairman-CEO of Pernod Ricard North America, which originally founded the #EngageResponsibly effort and donated it to the ANA. Mukherjee, who continues to serve as chairman of the effort, adds: "This new education program will have a tremendous ripple effect across the business community, and we look forward to the evolution of the platform.”

ANA CEO Bob Liodice characterizes the new program as a "major step forward in the ongoing fight against online speech," and said it will provide both businesses and consumers with a "set of tools" to make online media "healthy and safe."

The ANA said the Better Business Bureau's network of six million member small- and medium-size businesses will "pilot" the program leading up to a campaign breaking in the fourth quarter.

Ogilvy is in the process of developing an ad campaign to motivate both businesses and consumers to act and will be launched later this year. The ANA said it is developing a "measurement plan" to assess he program's impact.

Components of the education campaign, developed and produced by the Brand Safety Institute, will include: