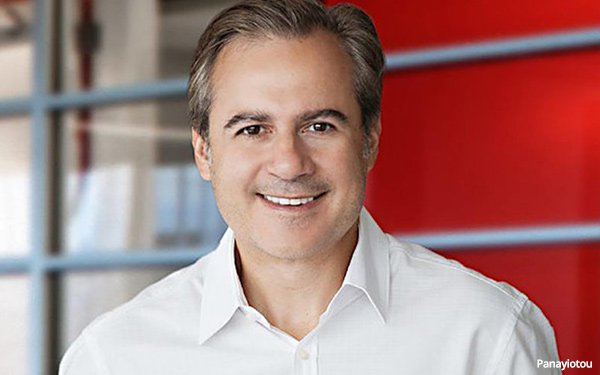 Now CMO of a healthcare-focused Alphabet subsidiary, Drew Panayiotou will join Pfizer as its first-ever global chief marketing officer on Sept. 19. He will report to Angela Hwang, Pfizer’s Biopharmaceutical Group president, who broke the news Monday afternoon via LinkedIn.

“We’re passionate about getting our breakthroughs to patients and Drew’s insights and diverse thinking will help us elevate the cutting-edge customer channels, skills and capabilities we need to deliver against our purpose,” Hwang wrote.

For the past 21 months, Panayiotou had been chief marketing officer of Verily Life Sciences, the Alphabet subsidiary that’s focused on healthcare delivery technology. From 1994 to 1997, he worked at Pfizer competitor Johnson & Johnson.

BioPharma Dive noted that Pfizer in 2019 had partnered with Verily to tap its data tools for clinical studies.

Panayiotou’s background over the past three decades spans the worlds of ad agencies, QSR. retail, entertainment, beverages, CPG and technology.

He was president and chief executive officer of BBDO Atlanta from 2014 to 2017, before leaving to become president of Chick-fil-A’s new business incubator, Red Wagon Ventures.

Verily, meanwhile, promoted Alix Hart to CMO. She had been head of content and digital strategy for the past 18 months, and previously held top marketing positions at NVIDIA and Symantec. Prior to that, she worked at Best Buy, handling paid and earned media strategy under Panayiotou.