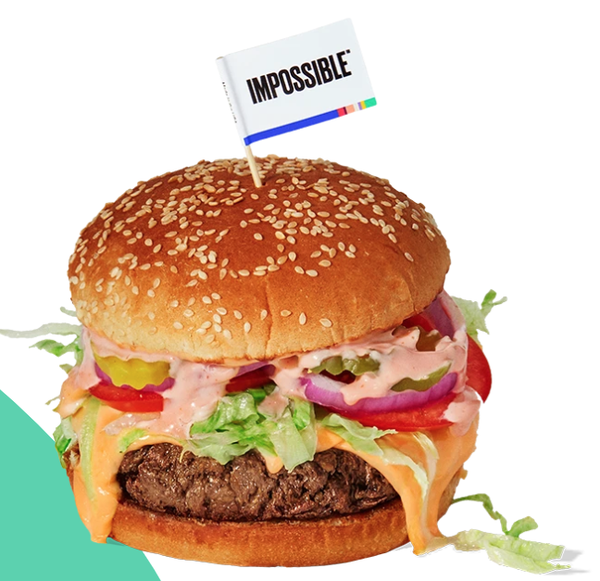 In a rare and candid interview since becoming CEO of Impossible Foods Inc., Peter McGuinness shared his frustrations about the meat-alternatives category for, among other things, having done a “lousy job” explaining itself.

“And, by the way, we haven’t done a great job either, so I don’t want to sit here and say that we’re perfect because we’re not,” McGuinness told Food Navigator-USA last week.

How imperfect? “We’ve done little to no advertising.”

This from the former president and CEO of Chobani Inc., whose background includes stints at advertising and marketing agencies DDB Chicago, Gotham and Momentum Worldwide.

In an interview with Yahoo Finance in May, McGuinness stressed the importance of price promotions.

“Planned promotions are a good thing. They’re good for trial. When we look at our business, we have relatively low awareness and relatively low trial but we have high repeat. So for us it’s about trial and awareness.”

The repeat rate for Impossible purchases is around 45%, he added.

Impossible—which started in foodservice in 2016 and entered retail in 2019—has awareness of “only 14%, so 86% of the country hasn’t even heard of us because we haven’t done any sustained advertising and marketing,” he told Food Navigator-USA.

Two of his big frustrations are the proliferation of meat-alternative brands and SKUs and how retailers put them all over their stores.

“We’re mainly in meat -- but I’ve seen it in frozen, in fresh, in the vegan and vegetarian section, in frozen meats, in fresh meats, and that’s part of the challenge right now because it has to be placed right, and the consumer has to know where to find it.”

In media venues tracked by Kantar, Impossible spent $155,270 on U.S. advertising in the first half of this year—excluding social media and paid search.

Since Impossible is privately held, it doesn’t release its financial performance, as does major competitor Beyond Meat, which reported a net loss of $97 million in the quarter ended July 2.

McGuinness did not rule out the possibility of Impossible going public “But that time is not now,” he told Yahoo Finance in May.

An Impossible spokesperson declined to make McGuinness available for an interview with Marketing Daily or respond to questions via email.