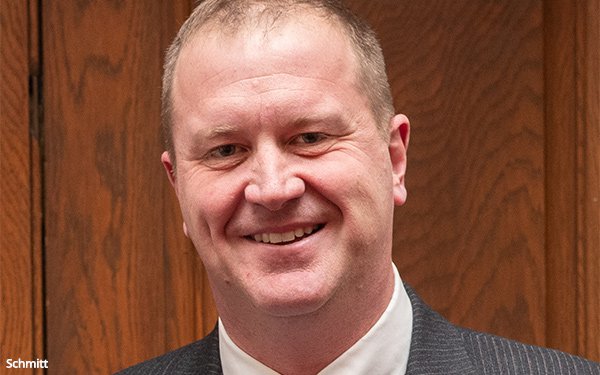 Missouri Attorney General Eric Schmitt has filed an open records request, seeking emails received and sent by two University of Missouri journalism professors while working as editors at The Missourian.

The fishing expedition appears to concern the fact-checking process involving PolitiFact. The request includes messages with keywords like “Truth-O-Meter,” a phrase used by PolitiFact, and variations on “fact-checking.”

“Those broader search terms are more likely to include emails related to the reporting process, including communications about newspaper sources and story drafts,” the Missourian writes.

It is not clear if Schmitt is seeking emails pertaining to sourcing for particular stories. Schmitt spokesman Chris Nuelle, said the attorney general is “simply trying to get to the bottom of the fact checking process,” according to the St. Louis Post-Dispatch.

“My initial and continuing reaction is one of confusion,” Warhover said, according to the Post-Dispatch.  “What the attorney general would want with this is befuddling.”

Republican Schmitt, who is now running for the state’s open U.S. Senate seat, has also used open-records laws to seek emails and other communications addressing race in an apparent effort against “critical race theory.”

The Missourian  learned of Schmitt's search for the professors' emails by making an open records request under the state’s Sunshine Law, it says.

According to the Post-Dispatch, The Missourian is not overseen by university officials, although faculty members work as editors. Most staffers are students working toward a journalism degree. But the paper is financially supported by the university, a public entity.

Warhover stepped down as executive editor of the Missourian after 15 years in 2017. Jenner succeeded Warhover for 1 ½ years. A fact-checking course involving PolitiFact has not been offered at the school for 1 1/2 years.

“We don’t use off-the-record information, and we publish a list of sources with each story,” Sharockman wrote in a statement to the Missourian. “Our methods and reporting are transparent, and we’d be happy to sit down with the attorney general at any time to discuss our work, or his ideas for continued accountability journalism.”

David Kurpius, dean of the university journalism school, said the school supports open records laws. The university will “comply with the request to fulfill the lawful duty that we have,” Kurpius said. However, it has hired outside legal counsel to determine just what that it is.

“There are some real concerns when it comes to revealing the work product of journalists,” said Mike Hiestand, a senior counsel at the Student Press Law Center, according to The Missourian. “I think this raises some serious legal questions.”