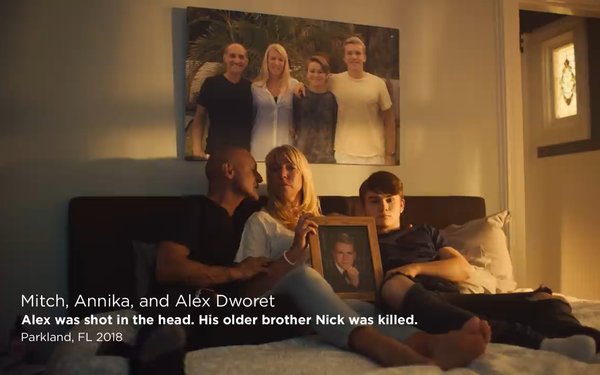 The PSA featured real victims of mass shootings that altered their lives and dreams for the future. It’s the third time that the anti-gun-violence group—working with Omnicom's BBDO and production house Smuggler, has won the outstanding commercial Emmy.

Other finalists this year included Apple, for ads for both the iPhone 13 Pro and Apple TV+. Also in the running was a Chevrolet Silverado ad, a separate anti-gun-violence ad called “The Lost Class” and a spot from non-profit group Skate Nation Ghana.

The winner was announced over the weekend. More on the ads can be seen here.