Too Many Political Ads This Season? It Could Mean TV Stations Cashing In 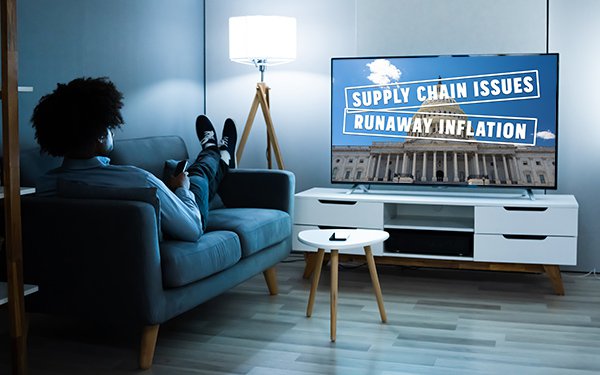 Too many TV commercials on TV? Well, that depends on your specific side of the equation.

Kantar estimates local TV could get to $5.5 billion -- another new record. AdImpact says connected TV platforms will add another $1.4 billion.

Political advertising is a key part of any local TV station ad growth picture. But as you know, average citizens don't like it as much. YouGov, in a recent poll, asked if there were too many political ads on TV and got an obvious and predictable response: 64% said there were too many.

But the more revealing data showed that 5% said there were too few. Of course, we could assume those respondents were just a bunch of cheeky people, looking to get a rise.

Another 16% said their response was “about right” when it came to the number of TV political ads.

Even then, you wonder -- how do we define what is “about right,” please? Four per hour? Ten per hour? Thirty?

This type of survey makes you look for other wrinkles. Here’s one crease:

Which statement comes closer to your own view, even if neither is exactly right?

When someone gives $1 million to a super PAC…

-79% answered: “They want something big in return from the candidates they are trying to elect.”

- 21% answered: “They are simply supporting candidates with whom they agree, which is their right.”

So there’s skepticism? Well, that's good. Political polling has a lot of mystery attached to the process for many of us.

Some analysts feel Republican-inclined voters can shy away from pollsters, who perhaps should not be trusted -- while Democratic-inclined voters, on the other hand, are more happy to offer up their insights, and as a result, their data.

Social media has been further clouding up all these issues. Hard-liners will just call it mistrust and misinformation.

So whatever poll you see on television -- along with those TV commercials -- take it with a grain of salt. Or maybe a shakerful.

Perhaps a salt mine.

advertising, politics, research, television, uk
1 comment about "Too Many Political Ads This Season? It Could Mean TV Stations Cashing In".
Check to receive email when comments are posted.
Next story loading