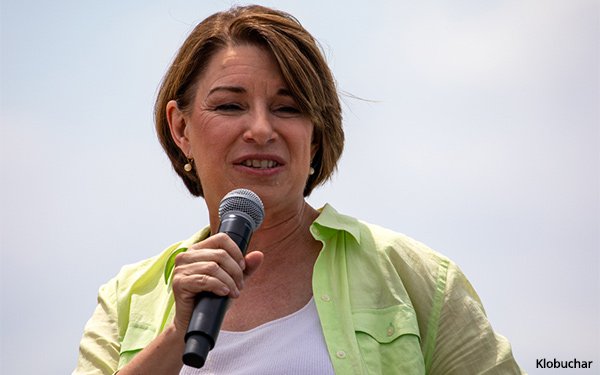 Sen. Amy Klobuchar on Thursday shelved a controversial bill that would have allowed local news publishers to bargain collectively with Google, Facebook and other large tech platforms.

The Minnesota Democrat did so after Sen. Ted Cruz, a Republican from Texas and frequent critic of Silicon Valley, added an amendment that would have prohibited tech companies and newspapers from discussing content moderation issues.

The Journalism Competition and Preservation Act (S. 673) would have created a new antitrust exemption to enable newspapers with fewer than 1,500 employees to negotiate for payment with online platforms that have at least 50 million U.S. monthly users.

The bill was introduced with bipartisan support, but Klobuchar abruptly withdrew the measure Thursday after the Senate Judiciary Committee voted 11-10 in favor of Cruz's amendment, which he framed as an anti-censorship measure.

“You should not be negotiating on content moderation and how you are going to censor substantive content,” Cruz said at the hearing, during which he repeated his prior accusations that Silicon Valley companies suppress conservative speech.

After the amendment passed, Klobuchar said, “The agreement we had was blown up.”

Even without Cruz's amendment, however, critics said the bill discouraged content moderation, given that one provision would have prohibited platforms from discriminating against news companies due to viewpoint.

Earlier this week, the think tank TechFreedom and a group of law professors told lawmakers that the bill would violate the First Amendment, largely due to the clause that banned viewpoint discrimination.

“Absent amendment, the bill will be weaponized against moderation of hate speech, misinformation, and various other forms of online content that are corroding our democracy,” TechFreedom and the law professors wrote to Senate leaders on Wednesday.

TechFreedom and the others added that the viewpoint-related provisions resemble recent laws in Florida and Texas that restrict tech companies from moderating content. (Judges have temporarily blocked enforcement of those states' laws.)

The News Media Alliance, which counts 2,000 newspapers and magazines as members, supported the bill, arguing it would “help ensure news publishers receive fair compensation from Google and Facebook for use of their original content.”

But critics -- including the digital rights group Electronic Frontier Foundation, Consumer Reports and TechDirt -- opposed the measure for numerous reasons, including that it would have set “a legal and political precedent” that platforms should pay to link to news articles.

“The bill's basic mechanism expands the rights of content owners beyond the traditional bounds of copyright law in ways that would prove detrimental to the public interest,” the groups said this week in a letter to lawmakers. “Requiring payment for using facts flies in the face of Supreme Court precedent, based on the First Amendment, that no one may own facts.”

Courts have ruled in other contexts that Google's display of snippets of text doesn't violate copyright law. For instance, in one high-profile dispute, the 2nd Circuit Court of Appeals said in 2015 that Google's book-scanning project, which involves digitizing books and displaying snippets in the search results, is protected by fair use principles.