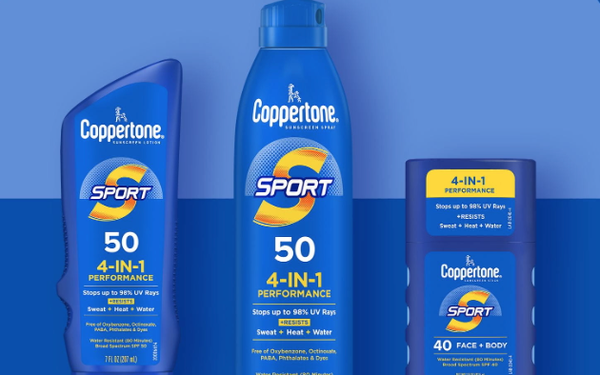 Beiersdorf Inc. and Bayer Healthcare LLC have agreed to pay $2.3 million to buyers of Coppertone spray sunscreens to settle a class-action lawsuit regarding the undisclosed presence of benzene in the products.

The lawsuit was in response to a voluntary recall last September following the discovery of benzene in 12 aerosol SKUs of Coppertone products marketed for adults and children.

In January of this year, Almany Ismael Bangoura filed a class-action suit in New York federal court alleging that Coppertone advertising and marketing was false, deceptive and misleading because the products contained benzene, “which the defendants do not list or mention anywhere on the product’s packaging or labeling.”

Bangoura sought damages for buyers of Coppertone because “a sunscreen product that contains benzene is in no way safe for humans and is entirely worthless.”

Classified as a human carcinogen, benzene exposure can “result in an increased risk of cancers including leukemia, and blood cancer of the bone marrow and other blood disorders which can be life-threatening,” Beiersdorf said when issuing the recall.

However, “Daily exposure to benzene at the levels detected in these affected Coppertone aerosol sunscreen spray products would not be expected to cause adverse health consequences based on generally accepted exposure modeling by numerous regulatory agencies.”

Beiersdorf, which acquired Coppertone from Bayer in 2019, said it issued the recall “Out of an abundance of caution.”

Bayer was listed as a defendant in the class-action suit because “From approximately 2014 until September 2019, defendant distributed the product and created and/or authorized the false, misleading and deceptive manufacturing, marketing, advertising, and distributing of the products.”

According to a notice of settlement filed in court, Bayer and Beiersdorf have denied all of the claims and allegations “and any wrongdoing whatsoever.”

Consumers who purchased the Coppertone aerosol products prior to Aug. 2 of this year may be eligible for compensation if the $2.3 million settlement is approved at a final approval hearing scheduled for Jan. 5, 2023.