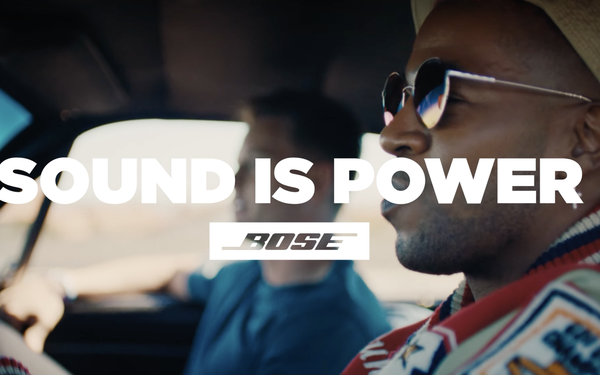 The ad, via WPP, begins with a young Kid Cudi listening to a CD. “It all started with that mix,” he says. “Man, I was obsessed with it. I had to make it my own.” The story then moves to Burrow, who was on a parallel track, though his focus was football.

As their paths converge, the narration ties in both. “With each track, you try something new,” Cudi says as the visuals show a football game. “Change it up,” Cudi says.

In the end, Burrow joins Cudi for a ride and the two fist-bump as the caption reads, “Sound is power.”