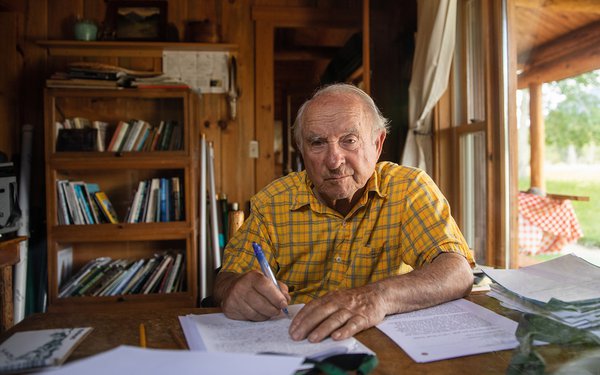 Talk about a legacy. Yvon Chouinard, the 83-year-old founder of Patagonia, just gave away his company to make sure its profits always further the company's core mission: saving the planet.

In an era of billionaires spending their money on five extra mansions and travel to Mars, Chouinard is the anti-Bezos. And while the move is breathtaking in its generosity, it's also an inspiring challenge to the thousands of brands that link their purpose to sustainability. No company has ever put its money where its mouth is quite this way.

"Earth is now our only shareholder," he writes in his letter announcing the change. The company has been devoted to the environment since its launch in 1973. And in 2019, it explicitly rewrote its purpose to say, "We're in business to save our homeplanet."

He could have gone on more conventional routes. He might have sold the company, for example, then used to proceeds to fund nonprofit work. "But we couldn't be sure a new owner would maintain our values or keep our team of people around the world employed….so instead of extracting value from nature and transforming it into wealth for investors, we'll use the wealth Patagonia creates to protect the source of all wealth."

Instead of going public, its blog proclaims, “we’re going purpose.”

The deal transfers all of the company's voting stock to Patagonia Purpose Trust, a new entity. And all of the nonvoting stock goes to a new group called the Holdfast Collective, a nonprofit dedicated to defending nature. Funding comes from selling Patagonia's products and donating money made after reinvesting in the business to help fight the environmental crisis. The New York Times reports that will be $100 million a year.

This structure means the family gets no tax benefit and, in fact, pays $17.5 million on the deal.

While the move is a significant win for the planet, purpose experts say it will further deepen customers' love for Patagonia. "It will simply reinforce for customers that this brand is incredibly consistent," says Phillip Haid, founder and chief executive officer of Public, a Canadian ad agency specializing in purpose-driven brands.

Social media reaction bears this out. "The world needs more Patagonias, and less billionaires traveling in space," writes one tweeter "In a world of Elons, be an Yvon," adds another.

There are also plenty of pundits accusing the company, based in Ventura, California, of being #woke, and full of capitalist hypocrisy.

Patagonia, which has long been in the business of disruptive retail, is used to that. It launched the Footprint Chronicles in 2007, tracing the source of all its clothing. In 2011, it ran “Don’t buy this jacket,” a Black Friday print ad, pleading with people to buy less stuff. And in 2017, it filed a lawsuit against  then-President Donald J. Trump, over the decision to reduce the size of the Bears Ears Monument in Utah (pictured below).

Chouinard’s giveaway is likely to spark intense conversations at other brands about how much they'll commit to their causes.

"No one expects every CEO or founder to be Yvon, but we can all be inspired by his and Patagonia's continued leadership," says Whitney Dailey, executive vice president of purpose at Allison+ Partners."This is just another example that can challenge B Corps, but also all companies, to think bigger about how we lead authentically and boldly and use the scale, speed and acumen of business to make exponential impact on the critical issues facing society and the planet today." 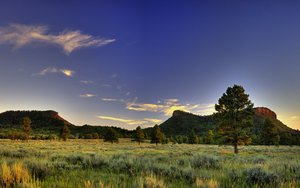