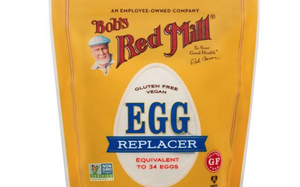 Which comes first -- the chicken or the egg -- and how can you tell if it's the real thing?

In releasing a list of guidance topics—whose subject categories also include cosmetics and dietary supplements—the FDA said it would issue a “draft guidance document” in December.

It represents a ray of hope for dairy egg producers frustrated by the potential for consumer confusion in the plant-based food space. Developing stricter labeling provisions for imitation eggs is a top priority for the industry group United Egg Producers.

In virtual briefings held last month by the UEP, a regulatory consultant for the group, Randy Green, said that the House and Senate Appropriations Committees instructed the FDA to conduct consumer research for the upcoming guidance. If feedback indicates consumer confusion about product ingredients or their stated health attributes, the FDA could restrict labeling using the word “egg” or images of eggs on products that don’t contain real eggs, according to Green.

Release of the FDA’s draft guidance document was first reported by WATTPoultry. Having caught on with consumers long before egg substitutes, plant-based dairy milk alternatives have been the focus of attention when it comes to product attributes on labels.

Roughly twice as many respondents indicated that they didn’t know whether coconut, soy or almond milk contained cow’s milk.The IFIC said the survey was “supported by Danone North America PBC.”

Besides Danone, the IFIC’s members include Danone North America, The Coca-ColaCo. and Mondelez International.