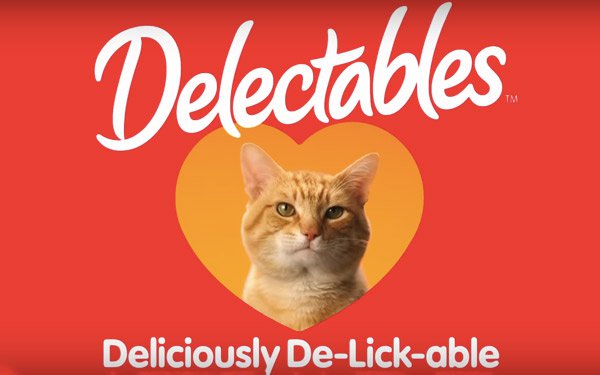 Cutwater has released its first work for Hartz and Delectables, a new wet cat treat, after being named creative-media AOR in March.

The “Deliciously De-Lick-able Delectables” campaign includes a new logo, tagline, packaging, jingle and media plan. The jingle was composed by Sean McVerry, who won the Battle of the Instant Songwriters segment on “The Tonight Show Starring Jimmy Fallon.”

The campaign includes two spots — “Grocery Store”  and "Lick Interruption" — that promote the Lickable Treat and Squeeze Up products.

“Our approach was to own the lick. We found relatable moments that pet parents could understand and where subtle humor could play a role,” said Cutwater Founder and CCO Chuck McBride. The client liked the tongue-twisting tagline, which McBride believes “Delectables can continue to tap into for the future.”

Paid support will be augmented by influencer collaborations highlighting pet parents and families bonding with their cats via Delectables Lickable Treat and Squeeze Up items.

According to the agency, Gen Z and millennials currently represent the largest cat-owning households at around 30%, but they only factor into 10% of wet cat treat sales, less than other demos.

Cutwater has had a strong year. In addition to winning Hartz, in June, snack brand Harvest Snaps tapped Cutwater as its digital creative agency of record.