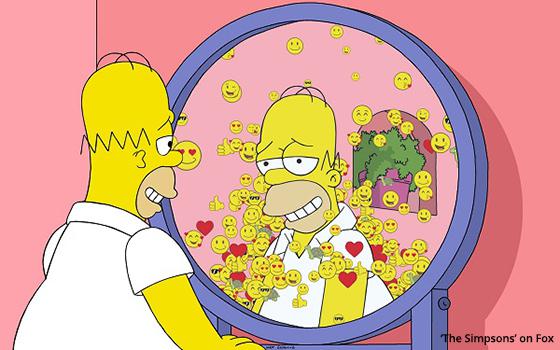 Bedeviled for the last few years by politically correct outrage-mania for its comedic ethnic stereotypes, “The Simpsons” takes on that very subject in the first scene of this Sunday’s 34th-season premiere on Fox.

The scene is a town meeting in the Springfield library in which Mayor Quimby is asking the people of the town to vote on a proposal to ban Columbus Day.

“So, all in favor of the city of Springfield no longer celebrating Columbus Day due to the problematic behavior of Christopher Columbus …”

“Aye!” cries his audience in unison and lockstep, except for -- and this serves as a punchline of sorts -- the Italian mafioso Fat Tony and his henchmen, who happen to be one of the show’s most enduring, stereotypical characters.

The scene is one of many that the defiant writers and producers of “The Simpsons” have included in multiple episodes ever since an over-blown “controversy” arose in 2018 over the show’s characterization of Apu, the Kwik-E-Mart owner and Indian immigrant.

Sunday’s episode is similarly dismissive of other present-day, cultural touchstones -- namely, conspiracy theorists and social media, and the links between the two.

The show revolves around a beloved giant tortoise named Leonard who has suddenly disappeared from the Springfield Zoo.

Homer has been a fan of Leonard’s since childhood, so he joins a social-media community that has been formed to find Leonard and solve the mystery of how or why Leonard went missing.

Homer is overjoyed to be accepted by the group, and in the above photo, he basks in the warm glow of the many likes his Leonard posts are receiving.

As the plot progresses, it becomes clear that Homer is hiding a secret about Leonard from his new friends in the “find Leonard” group who have all hatched their own ludicrous conspiracy theories about the tortoise’s disappearance.

When Marge urges Homer to tell the truth, he makes a pointed statement of what “truth” means today.

“Well,” he says, evidently representing the voices of the producers and writers of the show, “the truth is different these days. It’s more of a hunch you’re willing to die for!”

Elsewhere in the episode, the find-Leonard group learns the home address of the Zoo’s director and goes there to wage a demonstration.

In another social-media reference, Homer posts a video on Tik Tok in which he is seen cooking his own recipe for paella.

This episode of “The Simpsons” demonstrates that this incredible, animated series that got its start in 1989 still packs a comedic punch.

When will this series ever end? Hopefully, not in any of our lifetimes.