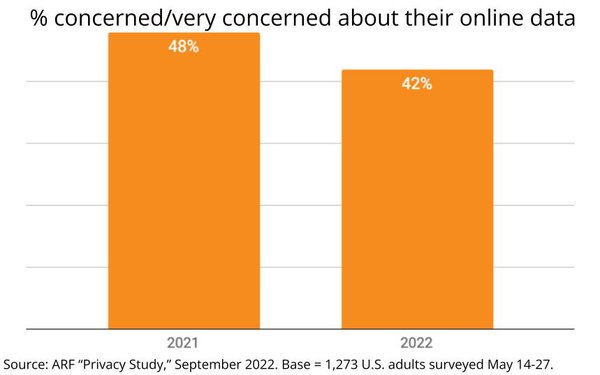 Fewer Americans are expressing concerns about online privacy this year than last year, according to findings of a study released this morning by the Advertising Research Foundation (ARF).

While the shift was deemed small -- 42% vs. 48% in a comparable study fielded by the ARF in 2021 -- the ARF noted it likely because American consumers have been given greater control over their privacy settings in the past year due to steps taken by Apple, Google and others.

"They took steps to protect their privacy, such as changing privacy settings, at about the same rate as in 2021," reads the ARF's just-released "Fifth Annual Privacy Study," adding, "Men and younger persons were more likely to take privacy related actions than women and older persons."

While overall American consumer privacy angst may be waning, the study also found that a significant percentage remain concerned about misuse of their data.

"A quarter to a third of persons thought typical targeting scenarios were a misuse of their data," the report states, adding: "More thought it a misuse when based on their location being known and less when being retargeted after leaving goods in a cart. 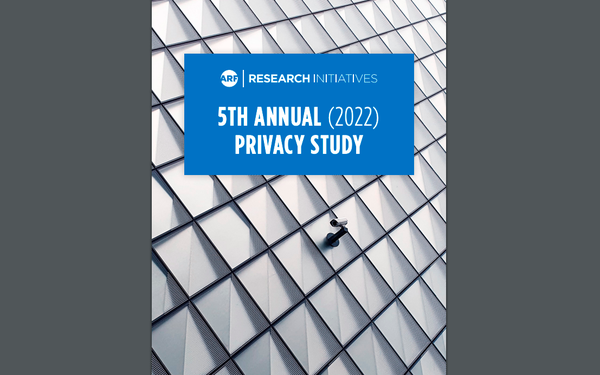