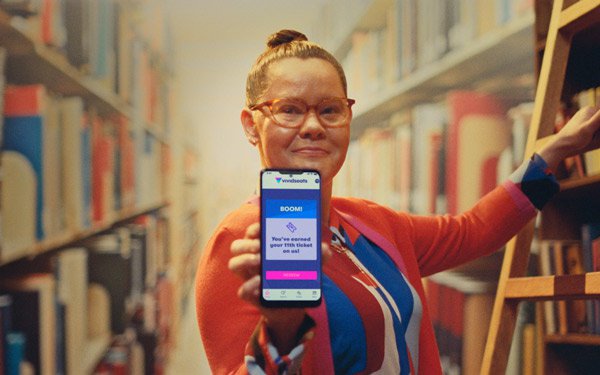 Created by 72andSunny LA and a partnership with omnichannel agency Assembly, the work channels the dreams of fans across sports, music and theater.

The integrated “Real Rewards for Real Fans” campaign connects Vivid Seats with the number 11, aligning it with the Vivid Seats Rewards program so users can earn a free 11th ticket.

Fans who buy 10 tickets earn a reward credit to use on their next purchase. The spot dives into the fantasies of how people would spend that credit.

Vivid Seats will also be the first brand to sponsor a bonus 11th play on the ESPN “SportsCenter Top Ten" series. The free bonus play reminding fans their 11th ticket is free.

“At Vivid Seats, we understand that our fans are not just any fans,” said Tyra Neal, Chief Marketing Officer of Vivid Seats. “This campaign captures the passion of that kind of fandom and highlights one of the key differentiators of our brand – Vivid Seats Rewards. We believe that no one else in our industry appreciates what it takes to be a real fan, and we know that no one else recognizes that dedication with real rewards.”

“The rewards are real, but what you do with them can be as wild as you can imagine,” said Zach Hilder, ECD at 72andSunny.