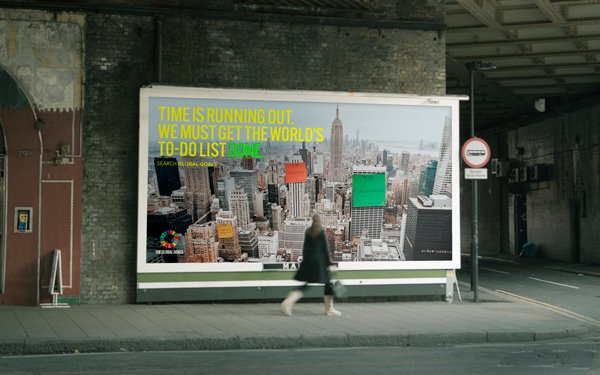 The creative, developed by Accenture Song in the U.K., will also showcase the 105-second spot in various global cities to highlight 17 sustainable develop goals, which world leaders have pledged to achieve by 2030.

Project Everyone is the vision of writer-director Richard Curtis.

Directed and produced by nineteentwenty, the spot’s score, “Blowin’ in the Wind," is song by Cloves. Judith Hill performed the song live at the U.N.

The work underscores the urgency of the mission, given the delays caused by COVID-19.

Adam Kean, executive creative director at Accenture Song, said: “The answers to the world’s problems aren’t somewhere, out there in the world, waiting for someone else to find. We have the answers set out in the Global Goals — we simply must get the ‘World’s To-Do List’ done.”

Partners in the effort include Vice Media, which will donate digital space across its portfolio. UK Ocean Media and Open Media are also donating media space to the campaign.