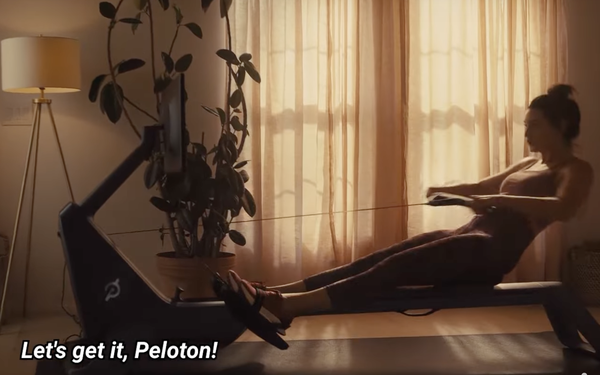 Peloton, which made its name with its stationary bicycles, is now marketing a rowing machine.

Two new ads, in 30-second and 90-second versions, have rolled out. The ads, created in-house, start out by asking “Why isn’t rowing a thing?”

Peloton attempts to answer that question by showing the features of the $3,195 product, like the TV-based instruction and the ability to let people set their own pace.

One ad states that rowing via Peloton is low-impact, provides both cardio and strength training, and works 86% of your muscles in 15 minutes flat.

The introduction comes as 2022 has been a rough one for Peloton. In March, Mintel showed that only 15% of exercisers felt that digital platforms have eliminated the need for gyms. Since then, the economy has gone negative and Peloton cut prices on its Bike, Bike+ and Tread machines by hundreds of dollars, while it raised the prices of its subscriptions.

Peloton has since laid off about 800 employees and continues to close many of its retail showrooms, according to Bloomberg.