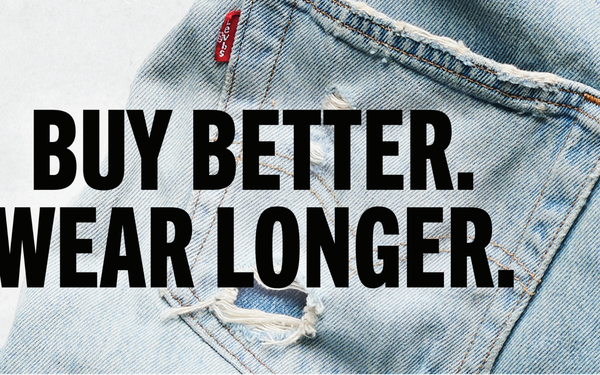 Levi’s knows how much its young fans care about the environment. So the next iteration of its “Buy Better, Wear Longer” campaign shows the effortless cool that can come from extending the life of a pair of Levi’s.

“We wanted to show how Levi’s is walking the walk -- and that by making quality items that last longer, people can have a real impact on the planet,” says Mark Hurley, senior client director at AKQA, which created the ads. Among Levi’s audience of Gen Z and millennial shoppers, 81% are very focused on companies that are focused on sustainability, and 79% will change purchase plans if they don’t feel the company is doing that.

But while last year’s efforts drilled down to the factual part of the message, showing how wearing clothes longer helps "is the emotive layer,” says Bryan Dempler, AKQA’s creative director

The ad is shot from the perspective of a pair of 501 Levi’s, transformed through the decades with each owner. The San Francisco company describes it as “both a plea and a promise,” urging customers to think more about what they buy and what they throw away.

It’s running on digital, social, and out of home.

“Part of what makes this campaign work is that everyone has a story about a pair of Levi’s” -- often stretching over decades, says Dempler. “It’s a very relatable idea.”

The environment isn’t the only thing worrying Levi’s activist customer base. The company has also leaned into extensive messages on gun control and voter activism. Last week, Levi’s announced a new nonpartisan voter registration initiative at community colleges, targeting 150 schools in advance of the midterms.

“This all ladders up to 'Live in Levi’s,’" -- the company’s overall positioning, says Hurley. “It’s all about being your authentic self. It’s what makes Levi’s customers who they are.”