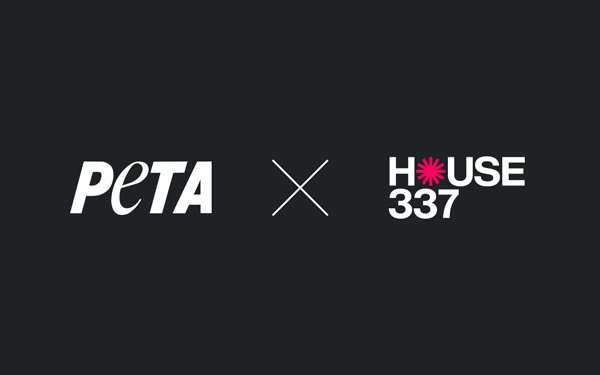 PETA UK has selected House 337 to create a campaign to educate the public about where their clothes come from.

The aim is to persuade people to stop buying animal product-based fashion and embrace vegan fashion.

The campaign targets younger demos than traditional charity ads and will run online in the coming months.

PETA's message is that billions of animals are slaughtered every year in the name of fashion. Even materials traditionally considered harmless, such as wool, come at a cost to the animals.

Elisa Allen, director at PETA UK, said: “The more we come to understand about the animals with whom we share the Earth, the harder it becomes to justify tormenting and killing them for a handbag or coat. This new partnership will be a fun, powerful way to encourage people to wear vegan clothes and spread the message that, as PETA’s motto states, animals are not ours to wear.”

Steve Hawthorne, creative director at House 337, added: “The good news is that there are more fantastic cruelty-free clothing options than ever before. Loads of big brands and famous designers are embracing vegan fashion."

Based in London, House 337 clients include Sky, Cazoo, E.ON, Santander, the Crown Commercial Service and Kiyan Prince Foundation, as well as Marks & Spencer and Tesco’s F&F.