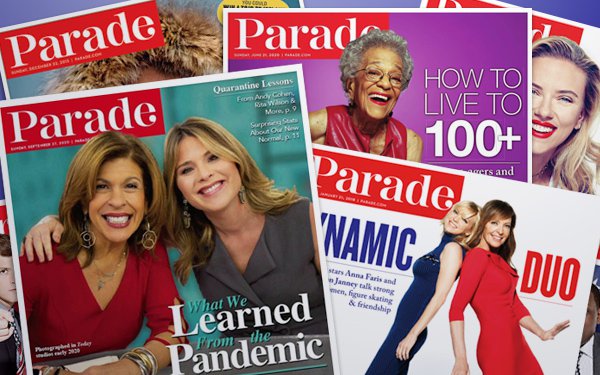 Parade magazine, the supplement that has for 80 years run in newspapers nationwide, will publish its last print edition on November 6.

The family oriented magazine will now appear in digital editions only.

The Arena Group announced the shift to digital in an email to newspapers that carry Parade.

"We are infusing fresh energy across our brands in all formats to make sure they can meet both the moment and the needs of their readers in new and innovative ways," said Kevin Craig, Arena's senior vice president for newspaper relations, according to The Times Union, which carries Parade.

The company said it was also ending its Relish and Spry Living magazines after their October issues.

Parade now appears in roughly 700 newspapers, and has an audited circulation of 16 million.

print, publishing
1 comment about "'Parade' Magazine Will Close Print Edition In November".
Check to receive email when comments are posted.
Next story loading