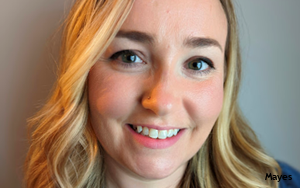 In addition to working with clients like Coupa, Intuit, Red Kap and The New York Times, Mayes is tasked with developing new business and refining the agency’s marketplace positioning.

Earlier she served as group director at Omnicom’s OMD, where she helped lead media for the Pepsi business, including managing all soda and non-soda brands in the portfolio, excluding Tropicana.

Mayes is based in New York, where the agency has an outpost. It also has a presence in Austin, TX.