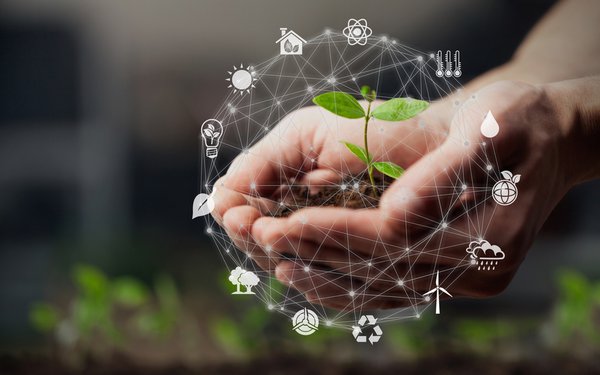 Good-Loop -- which enables advertisers to measure the carbon emissions generated by their digital ad campaigns -- has inked a partnership with Integral Ad Science, which allows the company to integrate a carbon measurement solution into IAS's reporting platform, IAS Signal.

The company’s data, online carbon calculator, estimates a sample ad campaign that costs $115,000 and delivers 20 million impressions at a CPM of $6 emits around 5.4 tonnes of carbon – almost a third of what an average U.S. consumer and half of what a UK consumer produces in a year. It’s important to note that the sum of all greenhouse gases is measured in tonnes of carbon dioxide equivalents.

In a recent study, Good-Loop found that while six out of 10 advertisers say they track the emissions generated by their digital advertisements, 76% believe the industry needs to do more to tackle the carbon cost of online ad campaigns.

The report analyzes how advertisers tackles the environmental impact of their digital ads.

The research found that more than three-quarters of marketers think the ad industry is not doing enough to address digital advertising’s carbon footprint.

A typical online advertising campaign emits 5.4 tons of carbon -- around a third of what a U.S. consumer generates every year -- while 1 million video impressions has the same carbon footprint as someone flying from Boston to London and back, according to Scope3, which monitors supply-chain emissions.

To help understand how the ad industry is tackling the environmental impact of their digital ad campaigns -- including the challenges faced and plans for future action -- Good-Loop surveyed more than 400 digital marketers in the U.S. and the U.K.

Findings from the study -- Counting Carbon: How U.S. Marketers Are Tackling Adland's Climate Crisis -- suggest 61% of U.S. marketers are tracking the carbon cost of their digital marketing campaigns, but 56% still rely on estimated figures or calculations. A lack of standardization for independent and in-house solutions used cause some confusion.

Some 51% say their organization plans to reach net zero in digital advertising at some point, but only 24% have set targets and only 2% say they have already reached net zero. And 69% of brand marketers and more 54% of agency marketers believe there are not enough sustainability education and training programs.