Marketing A Movie Many Might Not Want To See? 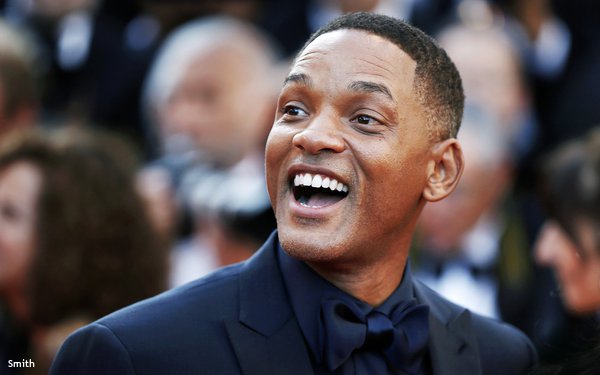 How does one market a movie when the well-established star of that film has a public incident he needs to get around?

Apple TV+ is considering releasing a movie starring Will Smith called “Emancipation” -- a Civil War-theme drama -- in December, just in time for awards season. Apple had considered delaying the movie until 2023.

Smith continues to be plagued by the high-profile incident in which he slapped comedian Chris Rock on one the most-watched individual TV shows of the year, "The Academy Awards," which aired in March of this year on ABC.

On the same night, Apple TV+ made history, winning an Oscar for Best Picture for "CODA" -- the first time a streaming service has ever earned that award.

And just weeks ago, Apple TV+ won its second Emmy award for Best Comedy TV series for "Ted Lasso," following up on the same honor in 2021.

For Apple TV+ all this was huge success -- essentially for a nearly three-year-old streaming platform that had been considered an afterthought compared to the likes of Netflix, Disney+, HBO Max, Amazon Prime Video and others.

This lower profile is mostly attributable to the slim pickings for the library of TV series and movies available on the service -- in contrast to the large library of content that well-established media companies (and Netflix) offer.

For Apple, these big-time awards will certainly mean it will be easier to lure major talent in the future.

The new Will Smith movie had been considered a definite Oscar contender -- potentially likely to at least get Smith another Oscar nomination. On the same night the slapping incident occurred, Smith won the award for Best Actor for his portrayal of Richard Williams in "King Richard."

And what was the effect on Apple TV+ of releasing the movie? Probably not too significant. Consumers associate big wide-screen releases first and foremost with the major talent fronting the film. Secondarily, they might consider the director's resume.

For the consumers this results in an age-old question when it comes to art and an artist's reputation: Can the viewing public separate a person from their art?

Apple TV+ will need to find a new media-age way to address this when it decides how to give this serious movie a serious TV marketing campaign.