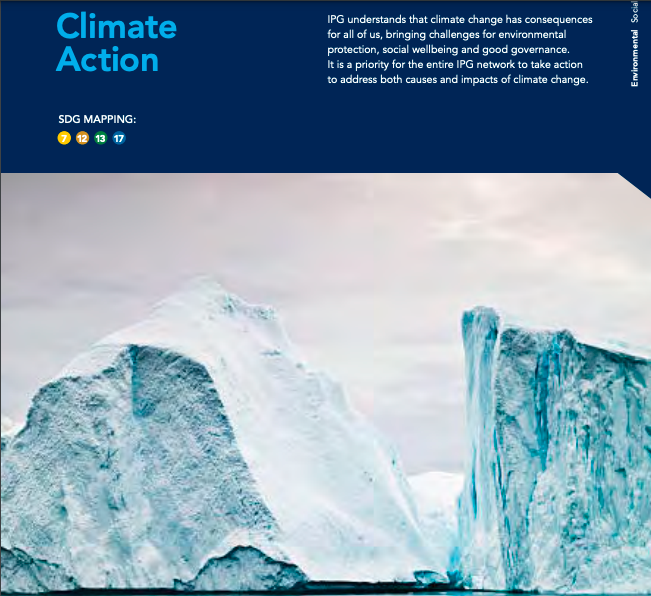 How do you greenwash news that you were caught greenwashing news for one of the world’s biggest fossil fuel companies? If you’re IPG, you announce you are the first agency holding company to “proactively review” prospective energy industry clients before accepting new work.

IPG did not state when the new policy took effect, but it presumably was after its UM unit paid The New York Times $5 million for an “unexpected energy” campaign greenwashing the image of one of the worst contributors to the climate crisis: ExxonMobil.

The campaign was one of several big agency and PR firm greenwashing efforts cited in a Congressional report during a House hearing on the subject on Sept. 14. IPG announced its new policy eight days later on Sept. 22, and MediaPost Agency Daily  reported on it late last week.

While that timing could well be a coincidence, IPG apparently is grandfathering greenwashing, because its new guidelines do not apply to preexisting clients such as ExxonMobil.

According to testimony by expert witness Christine Arena -- a former Edelman exec who worked for fossil fuel clients, but now runs climate advocacy group Generous Ventures -- ExxonMobil is among the worst offenders when it comes to "over-indexing" its public reputation on "efforts that represent a minimal aspect of their normal business." In other words, they are one of the world's worst greenwashers, thanks to an assist from IPG.

"About 8% of ExxonMobil's capital expenditures are devoted to clean energy. And it is certainly making a massive effort to over-index its public reputation on that small 8%. It is really a fossil fuel company. Oil and gas production continues to be its main focus," Arena stated, adding, "I do think this over-indexing is unethical and needs to be policed."

If IPG wanted to put some real teeth behind its new policy, it wouldn't be one it applies solely to "prospective" clients, but to existing ones. Especially when its existing ones already are the world's biggest climate offenders.

But I can understand the economic concerns IPG might have in doing that. In fact, IPG CEO Philippe Krakowsky seemed to be apologizing for retaining accounts like that for some bottom line reasons, echoing a refrain used by lawmakers and witnesses defending the fossil fuel industry during the hearing.

"The transition to cleaner forms of energy is critical for all of us, but it can’t and won’t happen overnight," Krakowsky stated, adding, "A reliable energy supply is crucial to all people and businesses. Without it, economic activity would collapse and there would be no viable path to a clean energy future."

He concluded by acknowledging that IPG would "continue working in this space with our existing client base," adding that it has "taken steps to revise how we consider our work going forward, consistent with our commitment to sustainability."

I can't help wondering if Krakowsky's predecessor Phil Geier ever made similar proclamations after IPG created the Joe Camel cartoon mascot campaign for client R.J. Reynolds, which came under similar attacks by lawmakers and advocacy groups for over-indexing the public reputation of the cigarette brand. Probably not, but at least big Madison Avenue agencies have a precedent for justifying unsavory accounts that bill a lot of media and advertising services, even if they contribute to significant public harm.

Don't get me wrong, I think IPG is at least brave enough to get on the record with taking a stand on new fossil fuel business, which is more than the other big agency holding companies have done to date. I'm just saying we shouldn't over-index it either.

The truth is the issue of the role big agencies, PR and lobbying firms play in greenwashing some of the worlds greatest carbon and methane offenders is a bigger one than one agency holding company should take on.

It should become an industry-wide movement. 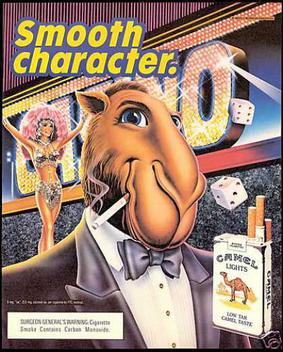